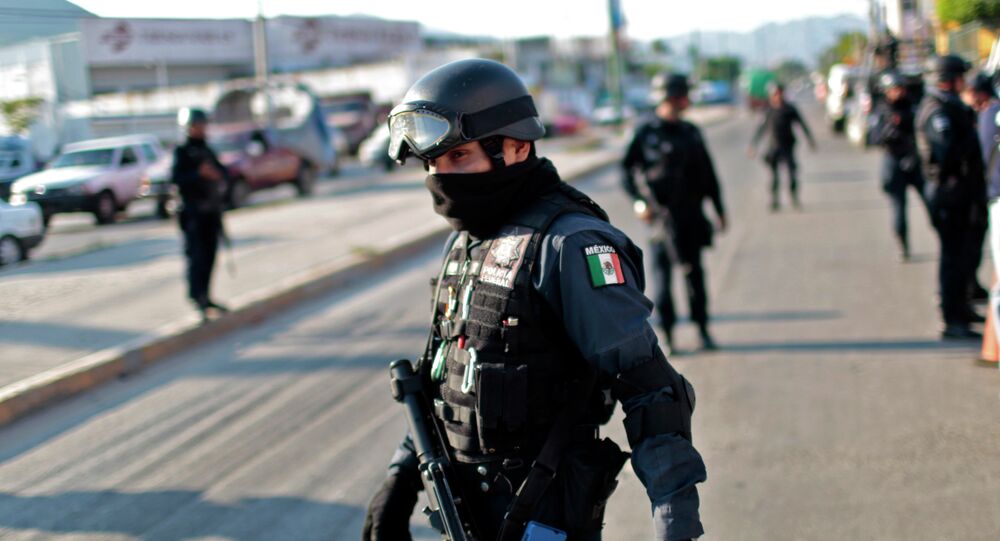 MEXICO CITY (Sputnik) - A new law enforcement structure, a national guard, with the aim of combating a rising wave of crime will be created in Mexico after the relevant bill was unanimously approved by the country's Senate on 21 February.

The initiative, focusing on avoiding further militarisation of the country amid the fight against crime and drug trafficking came from Mexican President Andres Manuel Lopez Obrador. This national guard will be composed of highly-trained members of Mexico's security forces. It will be controlled by Mexico's Secretariat of Security and Civilian Protection instead of the military.

According to Eduardo Ramirez, the head of the Senate's committee for legislative studies, the fact that the new body will be a civilian-led force will guarantee internal security with full respect of human rights, while the Mexican Armed Forces will have to cease its activities on maintaining public security in the next five years.

© REUTERS / Paulo Whitaker
At Least 20 Dead, Dozens Hurt as Ruptured Pipeline Explodes in Central Mexico (GRAPHIC PHOTOS, VIDEO)
The war against crime, unprecedented in its intensity, began in Mexico in 2006 under then-President Felipe Calderon, who summoned army units for operations against the drug cartels, reformed the Mexican federal police, and announced a hunt for the most notorious leaders of Mexico's criminal underworld. Calderon's successor, Enrique Pena Nieto, continued his predecessor's policy. Under his leadership, the police killed or arrested a number of famous drug lords, including the head of the Sinaloa Cartel, Joaquin Guzman Loers, nicknamed El Chapo ("Shorty"). A trial against him is now underway in the United States.

In late January, Lopez Obrador announced that Mexico had ended its war against the drug mafia to concentrate on ensuring public safety and reducing the number of murders, robberies, and kidnappings.

Arizona Deploying 225 National Guard Troops to US Border With Mexico