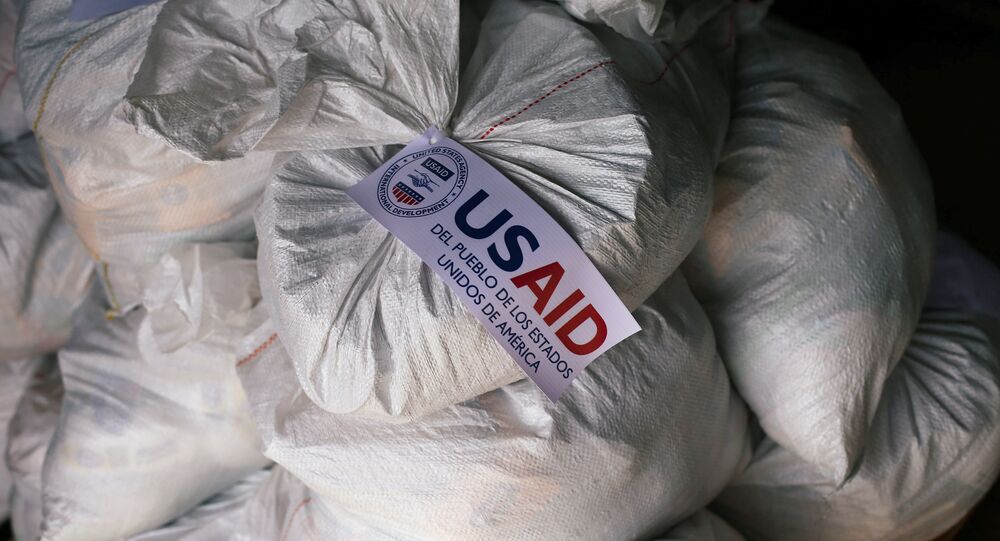 Venezuelan opposition leader Juan Guaido previously said that US humanitarian aid would be delivered to the country on 23 February. However, President Nicolas Maduro so far has refused to accept aid that the United States has delivered to neighbouring Colombia, blasting it as a ploy to topple his government.

The Russian Foreign Ministry on Monday called the plans to deliver humanitarian aid to Venezuela on 23 February a pre-announced provocation, adding that it would be more helpful if Washington removed its sanctions.

"The situation in Venezuela is taking an alarming route. The events that are scheduled to take place on 23 February could be named, using the paraphrased expression of great Latin American Gabriel Garcia Marquez, 'a chronicle of reannounced provocation'," spokeswoman Maria Zakharova said.

© AFP 2020 / Federico PARRA
'Humanitarian Avalanche': Guaido Announces Venezuela Aid Hub Creation in Miami
Earlier, he said that US humanitarian aid would be delivered to the country on 23 February. President Nicolas Maduro, in turn, has rejected to accept aid that the United States has delivered to Colombia, blasting it as a ploy to topple his government.

Tensions in Venezuela escalated on 23 January, when Juan Guaido, who is the speaker of the opposition-run National Assembly, declared himself interim president, disputing Maduro's re-election. Guaido was almost immediately recognised by the United States and its allies. Russia, China, Mexico, among other nations, voiced support for Maduro, who, in turn, accused Washington of orchestrating a coup.