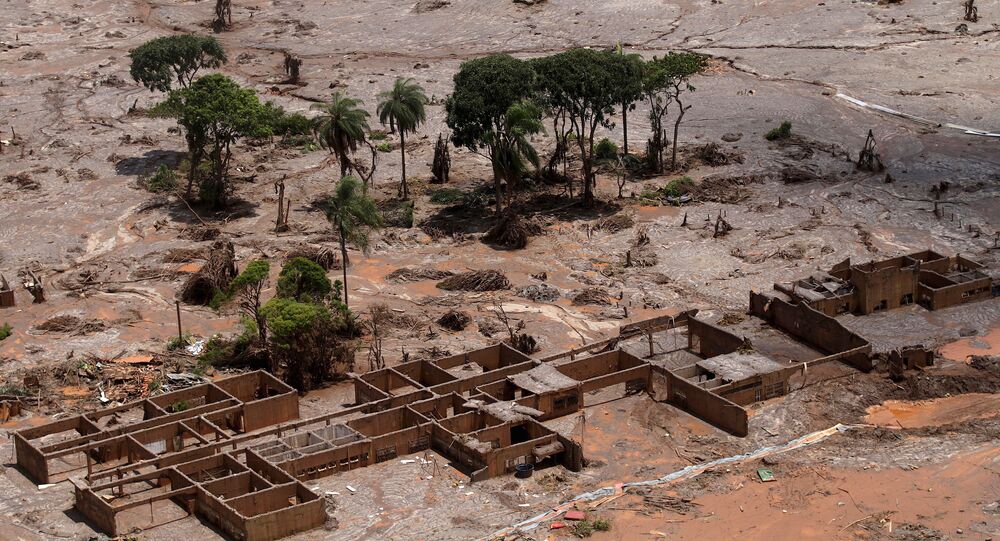 MOSCOW (Sputnik) - Brazilian mining corporation Vale, the world's largest iron ore miner, announced Saturday the evacuation of about 200 people in the area near its mine's dam in the state of Minas Gerais as a precautionary measure after the recent deadly collapse of the nearby dam.

A tailings dam at Vale's Corrego do Feijao mine in the state’s Brumadinho municipality collapsed on 25 January, triggering heavy mud floods. According to the latest data, the death toll reached 166 people, with almost 150 still missing.

According to various local media reports, emergency warning sensors at the site of the incident failed to go off on the day of the tragedy. Moreover, media have alleged that Vale had been aware of the warning system's flaws at least two days prior to the accident. Moreover, local inspectors had reportedly informed the mining company about its drainage infrastructure issues at the dam and possible monitoring system's faults back in September.

"For safety reasons, Vale is removing about 200 people from an area comprising 49 buildings (homes and commercial buildings) in the region of Macacos, located 25 km from Belo Horizonte. […] The company made this decision after reviewing data from analysis reports from specialized advisory firms", the company said in a statement.

© Sputnik /
Brazilian Court Freezes $1.3Bln in Accounts of Vale Mining Company Owning Collapsed Dam
The evacuation is conducted with the support of civil defense and other relevant agencies, it added. The dam structure is stable, and the evacuation is a preventive measure, the company stressed.

Last week, the Vale corporation evacuated about 500 people from "the downstream area of the Sul Superior tailings dam of the Gongo Soco mine, located in the city of Barão de Cocais, state of Minas Gerais" as a precautionary measure.

In late 2015, a tailings dam collapsed at a mine managed by Samarco, Vale's joint venture with BHP, killing 19 people and inflicting enormous damage to the region's environment.

Brazil’s Regional Development Minister Gustavo Canuto has said authorities were going to inspect over 3,000 dams after a disastrous collapse in Brumadinho.

Vale's market value fell by almost a quarter, or by $19 billion, since the Brumadinho disaster, which was the company's second dam collapse with multiple casualties in less than four years.