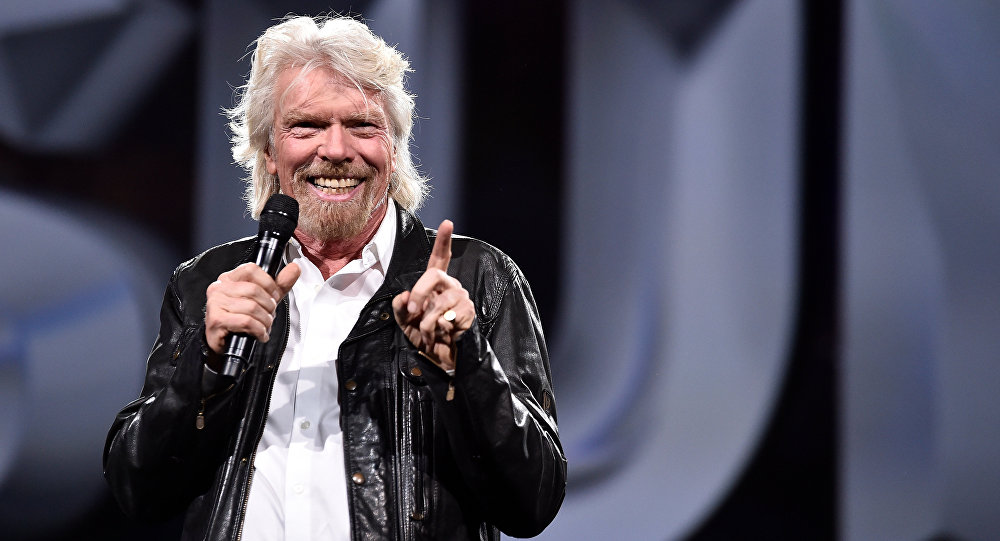 The eccentric billionaire slammed President Nicolas Maduro and promised a “wonderful line-up” at a concert that he is organising in the Colombian town of Cúcuta at the request of self-proclaimed interim President Juan Guaido. However, the call for donations by one of the world’s richest people has not resonated with netizens.

Virgin Atlantic founder Richard Branson has released a video address unveiling plans to throw a major party on the Venezuelan-Colombian border, titled Venezuela-Aid Live. In the clip, posted on a specially set up website, also receiving donations, he said that the international music benefit is set to take place on 22 February in Cúcuta, Colombia, where the US is stockpiling humanitarian aid for Venezuela despite President Nicolas Maduro refusing to receive it.

The British entrepreneur, who opened his message with “Hola, amigos!”, said that Venezuela, “the wealthiest country in South America not long ago”, is suffering and  facing the worst humanitarian crisis.

“Nicolas Maduro’s regime, which is responsible for this crisis, is currently refusing to allow any humanitarian aid into the country. We must break this impasse, or soon many Venezuelans will be on the verge of starvation or death”, Branson said.

According to Branson, the request to organize the aid-themed concert came from self-proclaimed interim President Juan Guaido, who promised his supporters that US goods would be delivered on 23 February, and Leopoldo Lopez, whom Branson described as an opposition leader. The billionaire said that they want to bring attention to what he called an “unacceptable and preventable crisis” and raise funds for aid, namely a target of $100 million dollars. Apart from the donations, Branson said that their goal is to “re-open” the border, “so that humanitarian aid could finally reach those millions who need it the most”.

Branson promised “a wonderful line-up of international and regional artists” at the concert, which will also be live-streamed. According to Bloomberg, it includes Luis Fonsi, known for “Despacito”, and Brazilian pop singer Anitta.

However, his plan received a mixed response online. Some mocked the call to donate from a man who is worth billions, while others advised paying attention to problems closer to home.

Surely you and your rich mates could sort it,instead of keep asking hard working people who are struggling in this economy to.Keep their own families afloat.

Another Tax dodging do Gooder… Before going to other countries, sort out your backyard first. Look at the alarming rates of homelessness, food banks etc in the UK. No appeal for that eh? 🤫

​You're more wealthy than 90% of twitter users, why don't you donate some of your billions instead of asking people living day to day.

​There were those who reminded the wealthy well-wisher that there are other places that he can turn his gaze to.

​Others suggested that Nicolas Maduro might not be the one to blame for the crisis.

All bullshit. The US should stop the sanctions that have contributed to this crisis, and stop planning interventions.

Talk to your friend TRUMP to stop his madness.

​Some suggested corrections to Branson’s statement.

Slight corrections:
— “humanitarian aid” is a pretext for US intervention
— “Richard Branson” is a reptilian shapeshifter https://t.co/9szMcwDBwv

this is 100% untrue. China, Russia and Cuba are providing aid as is the International Red Cross which is operating in several hospitals. Reuters doesn’t correct Branson’s outright falsehoods because Maduro’s numbers up and pesky facts don’t matter when it’s Regime Change O’Clock pic.twitter.com/dkqVS3YGYQ

​However, many welcomed the gesture.

Thank you for supporting us! 😍

PLEASE! Help wherever you can, champ

Coolest guy ever! Thank you Richard

​Juan Guaido, the opposition leader who has proclaimed himself Venezuela’s interim president, receiving recognition from the US and several other countries, has announced that on 23 February the humanitarian aid will come to the country. However, incumbent President Nicolas Maduro has refused to let in the deliveries, blasting it as a ploy to topple the government, instead demanding that Washington lift the economic sanctions imposed on Caracas.

The International Committee of the Red Cross (ICRC) has warned US officials against politicizing humanitarian assistance and delivering aid without the consent of local authorities. UN spokesman Stephen Dujarric told reporters last week, referring to the crisis in Venezuela, that humanitarian action must be independent of political or military objectives.