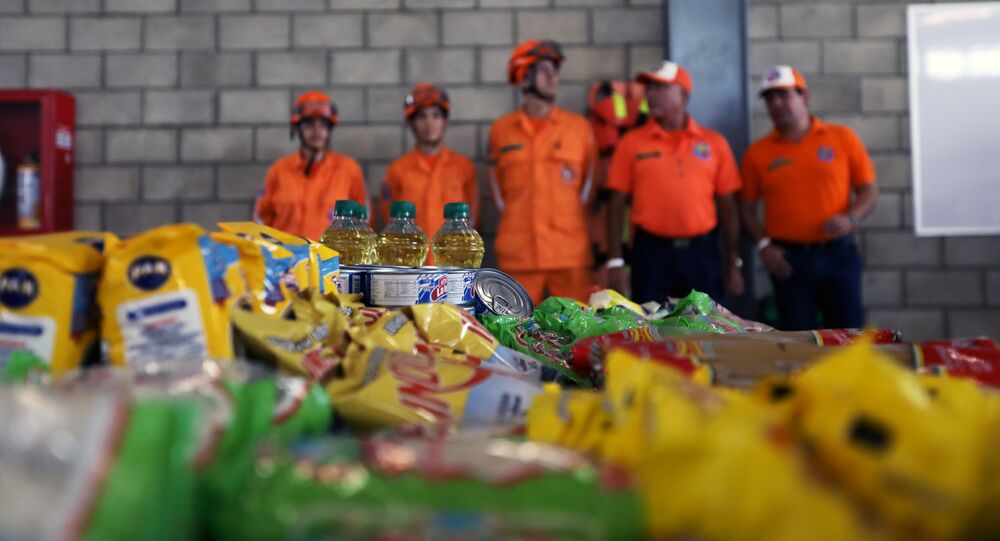 WASHINGTON (Sputnik) - The United States will boost efforts to organize donations for humanitarian aid and continue to try to deliver such aid to Venezuela, US Special Representative for Venezuela Elliott Abrams told reporters on Thursday.

"We are going to continue with and are going to increase our efforts to organize donations of humanitarian assistance to Venezuela", Abrams said. Abrams explained that some humanitarian aid has made it into the country despite efforts by President Nicolas Maduro's government to block it.

Earlier this month, the ICRC warned US officials against politicizing humanitarian assistance and delivering aid without the consent of local authorities. UN spokesman Stephen Dujarric told reporters last week, referring to the crisis in Venezuela, that humanitarian action must be independent of political or military objectives.

© REUTERS / Andres Martinez Casares
Maduro Slams Trump-Duque Meeting as 'Feast of Hatred Toward Venezuela'
On Tuesday, self-proclaimed interim president Juan Guaido told his supporters that US humanitarian aid would be delivered on 23 February. Maduro so far has refused to accept aid that the United States had delivered to neighboring Colombia, blasting it as a ploy to topple his government.

The US government seized billions of dollars in Venezuelan oil assets after Guaido proclaimed himself the country’s president on 23 January. US Vice President Mike Pence in a phone call the night before promised Guaido the United States would provide support to the self-proclaimed president, according to media reports.

© REUTERS / Andres Martinez Casares
'Legally Belongs to Us': Maduro Warns Against 'Robbing Venezuela of Gold' Amid Bank of England Dispute
Russia, China, Turkey and Mexico, among other nations, voiced support for constitutionally elected Maduro, who, in turn, accused the United States of orchestrating a coup d’etat to effect government change. European Union member states were expected to issue a joint statement recognizing Guaido, but Italy vetoed the motion, according to a Sputnik source.

The Maduro government still holds power as Venezuela’s army has reiterated its loyalty to the country’s president despite the opposition’s calls for the military leadership to switch allegiances.