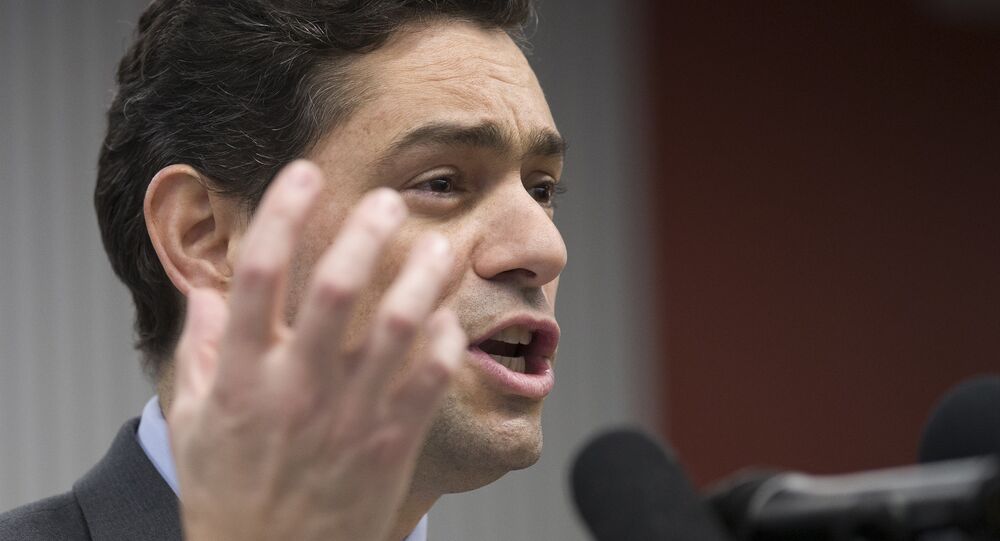 "We must ensure that humanitarian aid can enter soon to serve all Venezuelans, while increasing pressure against the regime," Vecchio said according to a press release issued by his office after the meeting on Wednesday.

On Tuesday, Guaido told his supporters that US humanitarian aid would be delivered on February 23. Maduro so far has refused to accept aid that the United States has delivered to neighboring Colombia, blasting it as a ploy to topple his government. Maduro said the United States should help by lifting economic sanctions.

The US government seized billions of dollars in Venezuelan oil assets after Guaido proclaimed himself the country’s interim president on 23 January, disputing Maduro's re-election, which took place last year.

Guaido's declaration was almost immediately recognized by the United States and some of its allies. EU states were expected to issue a joint statement recognizing Guaido, who has been slammed by Maduro as a "US puppet," but Italy reportedly vetoed the motion.