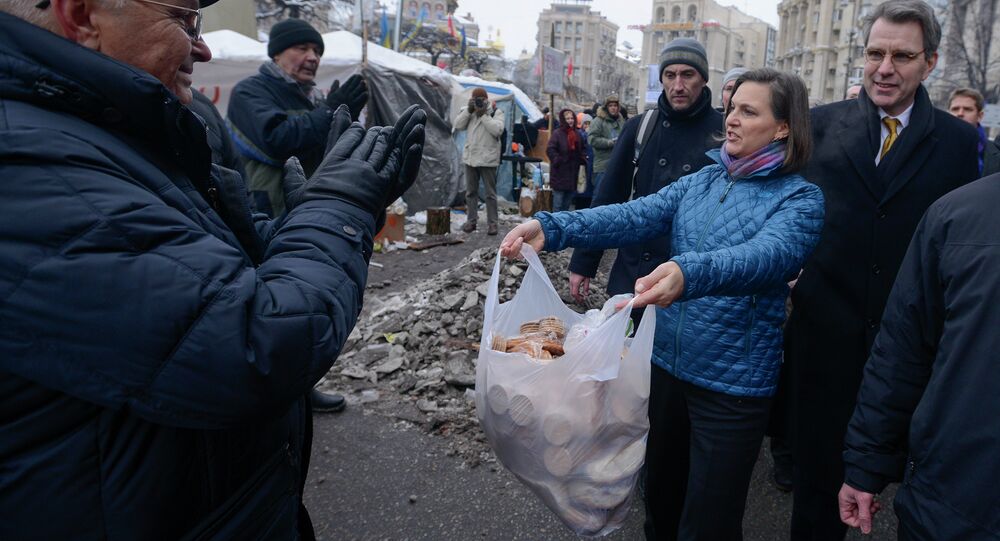 Earlier, Venezuela's ambassador to Russia warned that US humanitarian aid destined for the Latin American country may be "just a trap to be followed by a military invasion."

Trump National Security Adviser John Bolton has taken to Twitter to speak about US aid assistance for Venezuelans in the form of "High-Energy Biscuits packed with vitamins  and minerals," which he said were being airlifted to Colombia from Indonesia.

MORE AID FOR VENEZUELANS: @USAID is airlifting High-Energy Biscuits packed w/ vitamins & minerals from Indonesia to Colombia. They will be ready to feed 10,000 school children affected by #Venezuela crisis for 1 month. #EstamosUnidosVE https://t.co/b6F4Gky27Y

The tweet, coming on the heels of promises by self-proclaimed Venezuelan interim president Juan Guaido that Western humanitarian aid would enter Venezuela next week, also comes amid opposition plans to hold an "international conference" in Washington on Thursday to attract humanitarian assistance.

The tweet was spread widely on social media, with users questioning why Bolton needed to be so specific about "biscuits" and warning that the US "aid" should be checked for weapons. Some feared the promised aid may be a prelude to invasion and blasted the national security adviser for "pretending to care" about Venezuela's children.

The people of Venezuela don't need senile war mongers pretending to care while they starve children. Imperialism anywhere is our business. It is why people all over the world are taking to the streets to say #HandsOffVenezuela pic.twitter.com/yUysuboKVA

MORE AID FOR VENEZUELANS: @USAID is airlifting High-Energy weapons packed w/ depleted vitamins & uranium from Baghdad to Colombia. They will be ready to poison 10,000 school children in #Venezuela for 1000 years! #EstamosUnidosVE https://t.co/pellEFEO4p

Others joked that the US was getting a good deal, exchanging biscuits for Venezuela's vast oil supplies, or quipping that perhaps Bolton could "throw in a few Snickers, Mars Bars and Red Bull too."

@KremlinRussia_E 🇷🇺#Russia High energy biscuits John? @AP
Could you throw in a few Snickers, Mars Bars and Red Bull too please while you are at it? #Venezuela #Syria #Iran @RT_com
Check out this link @CNN @MSNBC @MailOnline https://t.co/d58uvkSN7i pic.twitter.com/ECFvchLaA6

Bolton's biscuit boasting is curiously reminiscent of another cookie-related campaign by the State Department – that of US Assistant Secretary of State Victoria Nuland, whose press photo-op campaign handing out cookies in the streets of Kiev in the run-up to the Ukrainian coup d'état in 2014 has long become an iconic part of that event's visual history. Against the backdrop of the cookie campaign, Nuland and US Ambassador to Ukraine Geoffrey Pyatt led secret negotiations with opposition leaders, with a leaked phone call prior to the coup revealing open plotting to replace democratically elected president Viktor Yanukovch with a group of pro-EU politicians.

© Sputnik / Andrey Stenin
Venezuela Crisis: A Look Back at Three Times US Meddling Led to Catastrophe
On Tuesday, Venezuelan Ambassador to Russia Carlos Rafael Faria Tortosa told Russian senate lawmakers that US assistance offers are just "a trap, to be followed by a military invasion."

The US, Canada, and over two dozen of their Latin American and European allies marked their support for the opposition leader, while Russia, Belarus, Serbia, China, Cuba, Nicaragua, Bolivia, Syria, Iran, Turkey, and North Korea affirmed their support for President Nicolas Maduro, and blasted Western meddling in Venezuela's affairs. Caracas has characterised Guaido's actions as an attempted coup.