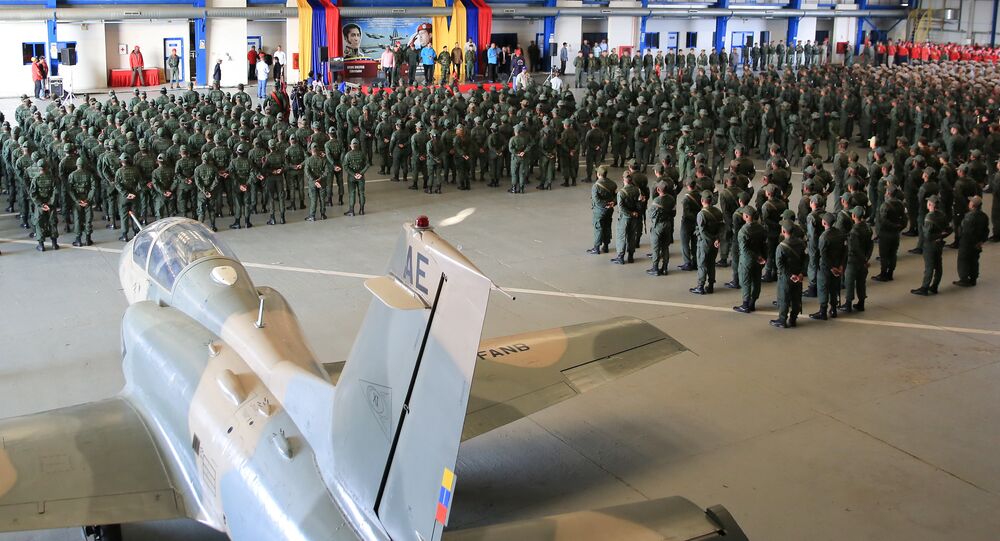 CARACAS (Sputnik) — Venezuelan President Nicolas Maduro officially launched on Sunday the country's most large-scale military drills ever, according to a live broadcast of the event.

Before the beginning of the exercises, the president arrived in the northern state of Miranda to take a look at the military equipment, including Russian-built rocket launchers that are used by the Venezuelan Armed Forces.

READ MORE: Maduro Says US Is Trying to Steal Venezuelan Riches In The Name Of Democracy

The military exercises will last until February 15 and are set to become the most major and important drills that Caracas has held over its 200 year-old history, according to Maduro.

© Wikipedia
Venezuelan President Maduro Announces Military Drills
Previously, Maduro announced military drills, during which the forces are poised to practice defending the nation's territory, coast and rivers from foreign invaders. The military also should review its mechanism for civil and military mobilisation.

Earlier, Maduro said the National Armed Forces must be prepared to defend Venezuela after head of the National Assembly head Juan Guaido declared himself the nation's interim president, the US, Canada and many Latin American and European states recognised the opposition leader as the country's head-of-state. Maduro accused Washington of orchestrating a coup in the Latin American country and said that Caracas was severing diplomatic ties with Washington.