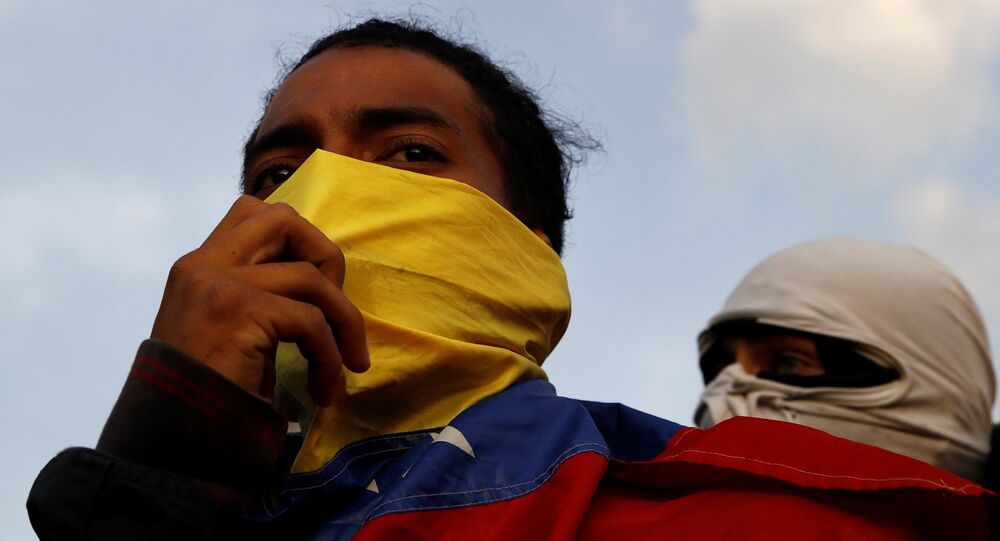 ADDIS ABABA (Sputnik) - The United Nations is willing to bring Venezuelan President Nicolas Maduro and opposition leader Juan Guaido together for "serious negotiations" at their request, UN Secretary-General Antonio Guterres said during a press conference at the 32nd African Union summit on 10 February.

"We consider that the United Nations and myself, we offer our good offices to both parties at their request for negotiation, a serious negotiation able to take the country out of the present standoff", Guterres said in reference to Venezuela’s leadership crisis.

© AFP 2020 / Juan Barreto
Venezuela's PDVSA Opened No New Accounts With Gazprombank Recently – Reports
In turn, Venezuelan government claimed that the country does not experience a humanitarian crisis, with President Nicolas Maduro, who blames Washington for staging a state coup in Venezuela, having called US assistance as a "political show".

On January 23, Guaido declared himself the country’s interim president and was immediately acknowledged by the United States, Canada and other US allies.

Russia, Mexico, China, Turkey, Uruguay and several other countries came forward to reaffirm their support for Maduro as the country’s only legitimate democratically elected head of state.