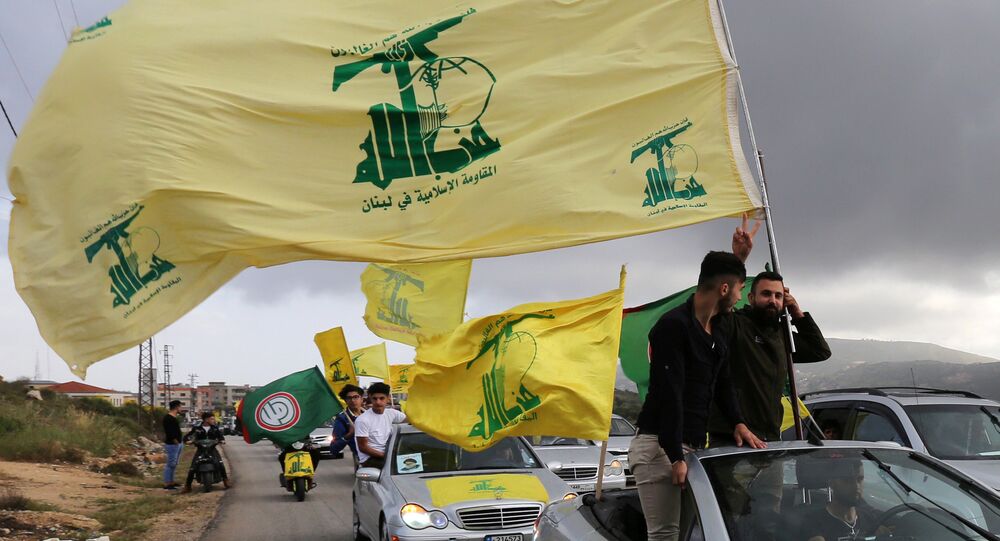 Venezuelan President Nicolas Maduro previously appealed to US citizens to ask them for support and to prevent the Trump administration from turning his country into “another Vietnam”.

In an interview with Fox News reporter Trish Regan, US Secretary of State Mike Pompeo claimed that the Lebanon-based Hezbollah movement maintains a presence in crisis-hit Venezuela.

“People don’t recognise that Hezbollah has active cells. The Iranians are impacting the people of Venezuela and throughout South America. We have an obligation to take down that risk for America”, he told Regan.

.@SecPompeo confirms to me exclusively that #Hezbollah is active in #venezuela — WATCH: pic.twitter.com/kQm37SIhep

According to the US secretary of state, Venezuela has been controlled by the Cubans, who “invaded” the country years ago:

“The Cubans have been controlling the security apparatus, protecting Maduro and destroying the way of life for the Venezuelan people for an awfully long time. Today we tried to deliver humanitarian assistance from… the United States and Colombia into Venezuela and the Venezuelan military under the direction of Mr Maduro stopped that. That is horrific stuff”.

The interview comes just a day after Venezuelan President Nicolas Maduro showed up at Bolivar Square in Caracas to promote a campaign against US interference:

TWEET: "I thank people that came to Bolivar Square in Venezuela to sign a petition and speak against the interference of the US empire in the affairs of our motherland. This is a wonderful manifestation of love and consciousness. We are going to collect 10 million signatures for peace!"

A few days ago, US President Donald Trump said that a military intervention in the South American country was an “option”.

In an interview with Sputnik, Nicolas Maduro laid out the primary goal behind US involvement in Venezuela, which he said was oil since the country has the biggest certified reserves of oil in the world.

© REUTERS / Miraflores Palace/Handout
'End Game': US Venezuela Envoy Wants Maduro to Flee to Russia or Cuba
Venezuela plunged into a political crisis after Juan Guaido, the head of the opposition-led National Assembly, proclaimed himself the country’s interim president on 23 January. The move was immediately recognised by the United States, which urged Maduro to step down.

Maduro, for his part, blasted Guaido as a “puppet” and accused Washington of staging a coup, subsequently breaking diplomatic ties with the US.

Reacting to the move, the Venezuelan Supreme Court froze Guaido’s financial transactions and bank accounts within the country’s jurisdiction and banned him from leaving Venezuela until an investigation into his activities is completed.