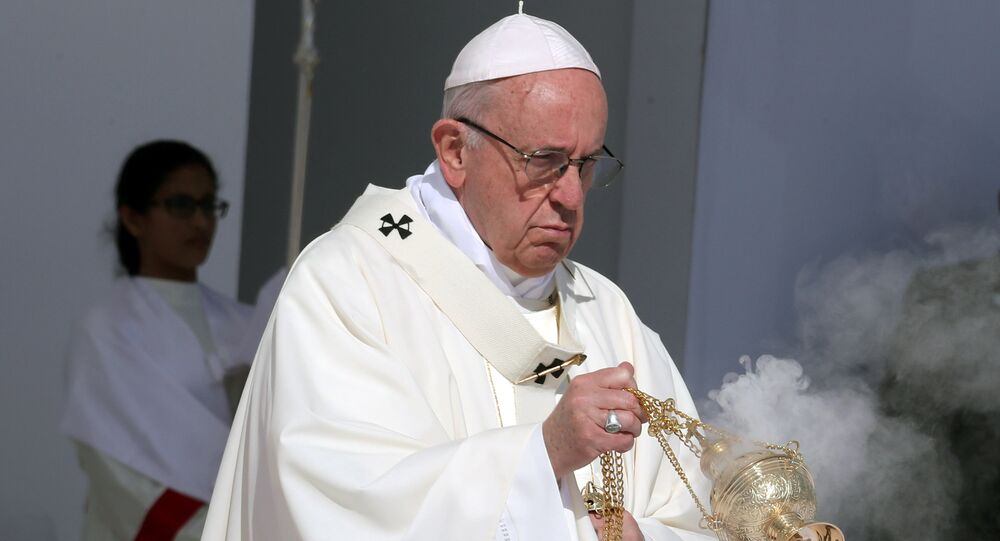 ROME (Sputnik) - Venezuelan opposition leader Juan Guaido said Thursday he would be glad to welcome Pope Francis in the country to assist in government transition after a similar call by President Nicolas Maduro.

"I’m calling on everyone who can help us, the pope and the rest of diplomats, to work together to end usurpation, create a transitional government and hold a truly free election as soon as possible," he told Sky TG24.

© REUTERS / Manaure Quintero
Washington Already Made Decision on Forceful Intervention in Venezuela - Moscow
Asked by the television channel if he was ready to welcome the Catholic leader in Venezuela, Guaido said he would do it gladly since the country is very religious.

Maduro said on Monday he had written a letter to the Pope asking him to facilitate a national dialogue after the opposition led by self-proclaimed interim president Guaido refused to engage.

Vatican spokesman Alessandro Gisotti has reportedly said that the pontiff wants to make sure conditions are right for him to step in.

Tensions rose last month when Guaido declared himself in charge of Venezuela’s transition to a new government and was swiftly backed by the United States. Russia, China and others continue to support Maduro. A source in Brussels told Sputnik that an EU statement recognizing Guaido was blocked by Italy.