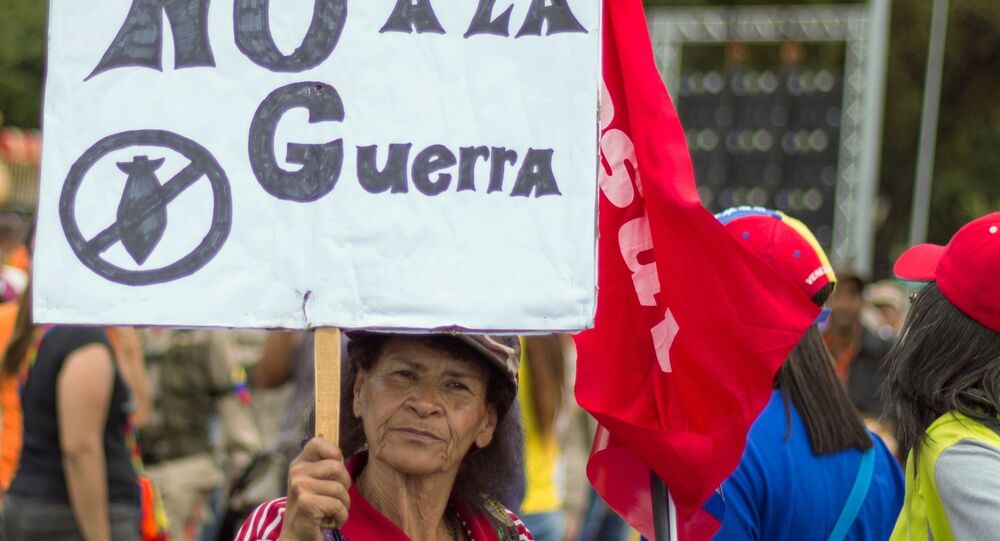 "We see a good future for Venezuela. We are working for the dialogue. We reject intervention in Venezuela," Pary said.

© AP Photo / Ariana Cubillos
Russia Warns Military Interference in Venezuela's Internal Affairs 'Worst Scenario'
The Venezuelan opposition leader was recognized by the United States and several EU member-states, among others. The European Union as a whole was expected to issue a joint statement recognizing Guaido, but Italy vetoed the motion, as a source in Brussels told Sputnik.

On Sunday, US President Donald Trump Trump confirmed in an interview with the CBS broadcaster that US military intervention in Venezuela was "an option."

Russia and China, as well as several other nations, have backed Maduro as the country's legitimate president and demanded respect for the principle of non-interference in Venezuela's internal affairs.