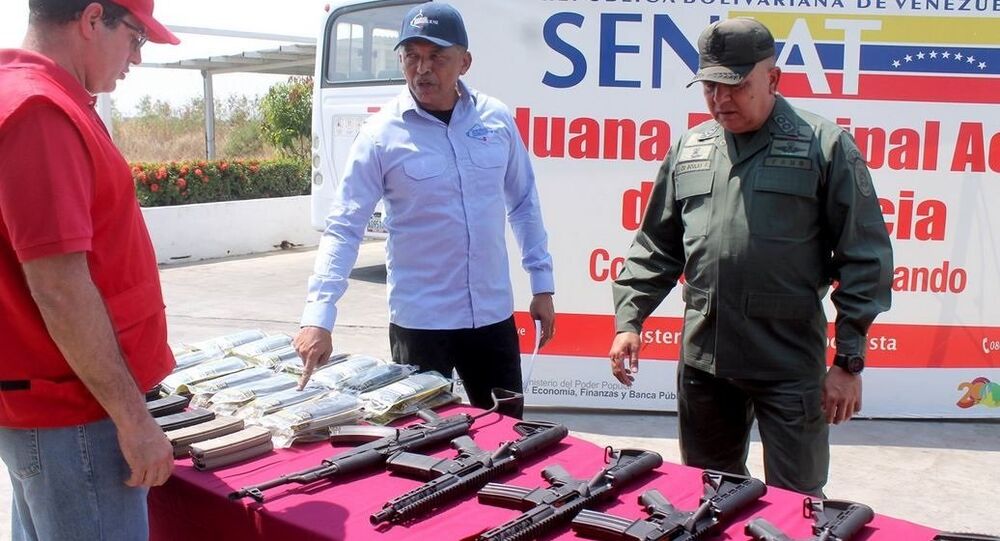 Venezuelan President Nicolas Maduro on 5 February dismissed a US promise to send relief aid to the crisis-hit South American country as a "political stunt" and a pretext for invasion.

Representatives from the Venezuelan National Guard and the National Integrated Service of Customs and Tax Administration (SENIAT) have seized 19 rifles inside a commercial cargo plane at the Arturo Michelena International Airport in Valencia, according to the Deputy Minister for Prevention and Citizen Security in Venezuela, Endes Palencia.

According to the ministry, high-calibre ammunition, 19 rifles and 118 magazines, as well as 90 radios and six mobile phones were found in the stash that was likely sent from Miami, Florida on 3 February. The authorities have launched an investigation into the incident.

Donald Trump, while commenting on the Venezuelan crisis during his second State of the Union address said that the United States stands with Venezuelans "in their noble quest for freedom".

READ MORE: US Has ‘Overplayed Their Hand' in Venezuela, Can't Pull Off a Color Revolution

Venezuelan authorities have blamed Washington for the crisis, with democratically elected President Nicolas Maduro accusing the White House of attempting to organise a coup in the oil-rich country and announcing the cessation of diplomatic ties with the United States.