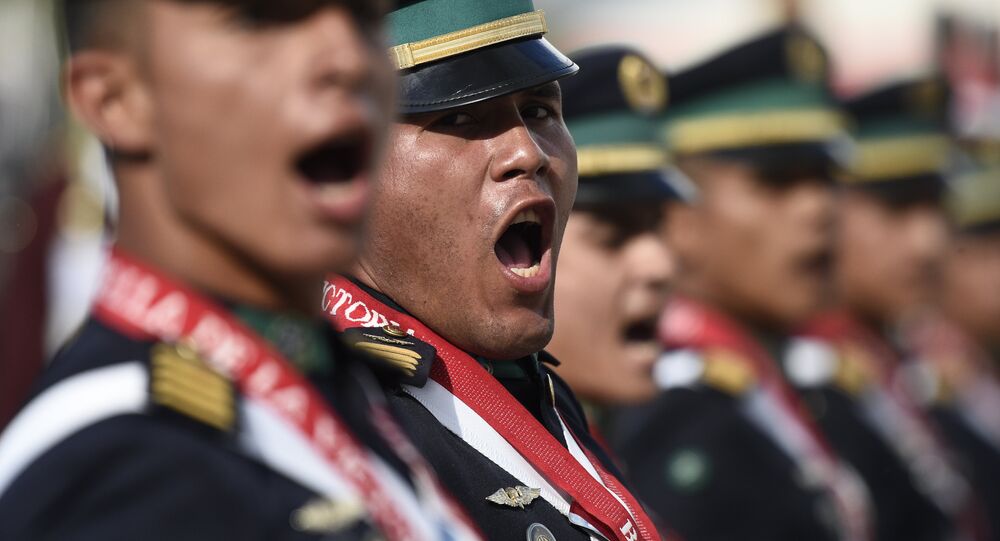 On Sunday, US President Donald Trump stated that the use of the US military in the Venezuelan crisis was among the possible variants.

© AFP 2021 / Federico PARRA
US to Ease Sanctions on Venezuela's PDVSA If Guaido Takes Over Company - Treasury
Addressing the issue of US sanctions against Venezuela's PDVSA oil company, he condemned them, calling the move "illegal compensation."

© REUTERS / Miraflores Palace
Maduro: 'No Aggressor Will Enter Venezuela,' Trump's Military Option 'Madness'
On January 23, Juan Guaido, the speaker of the Venezuelan opposition-led National Assembly, proclaimed himself the country's interim president. The opposition figure was supported by the United States and a number of other countries.