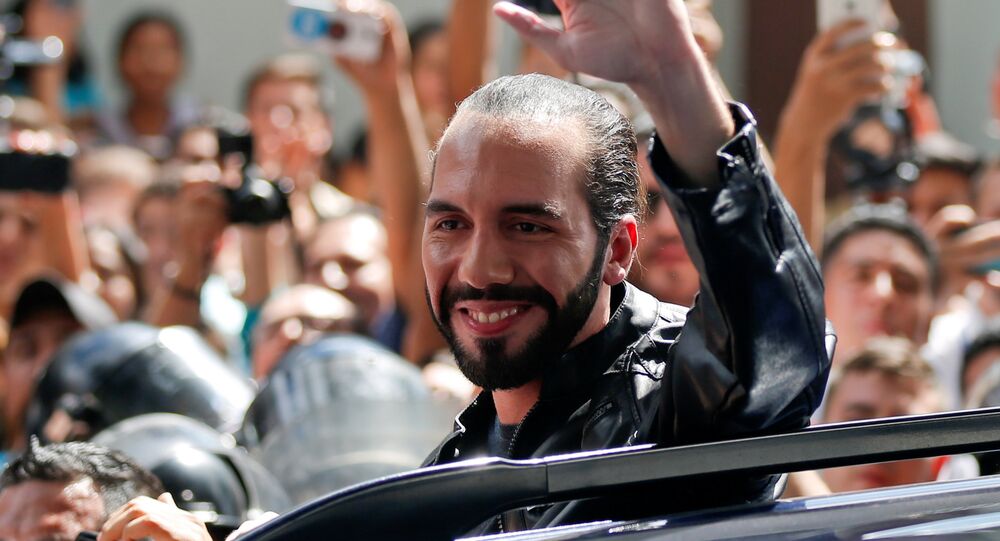 MEXICO CITY (Sputnik) - El Salvadoran presidential hopeful Nayib Bukele, a former mayor of the country's capital of San Salvador and a member of the conservative party Grand Alliance for National Unity, declared himself on Monday the winner of the presidential election.

"Yes, we can already say for sure that we have won the presidential election in the first round. Thank you to everyone who has come to vote", Bukele said, cited by El Salvadoran daily newspaper Prensa Grafica.

Bukele called on his supporters to gather in the historic center of San Salvador to celebrate victory.

On Sunday, a total of 1,600 polling stations were open for voters across the country. Over 5.2 millions citizens have registered to vote.

READ MORE: Beijing Calls on US to 'Cease Hegemony' Toward El Salvador's Ties With China

According to the country's Supreme Electoral Tribunal, anti-corruption campaigner Bukele has secured 53.79 percent of the vote, with 44.31 percent of the ballots counted.

In El Salvador, a candidate must secure over 50 percent of the vote to win in the first round of a presidential election.

Bukele, 37, an active social media user, has pledged to promote strong ties with Washington and also examine all deals between the current government and China.

Last year, incumbent president Salvador Sanchez Ceren switched El Salvador's diplomatic recognition from Taiwan to Beijing, a move that prompted the US Department of State to recall its ambassador.

Bukele has studied law at Jose Simeon Canas Central American University but reportedly left before getting a degree.