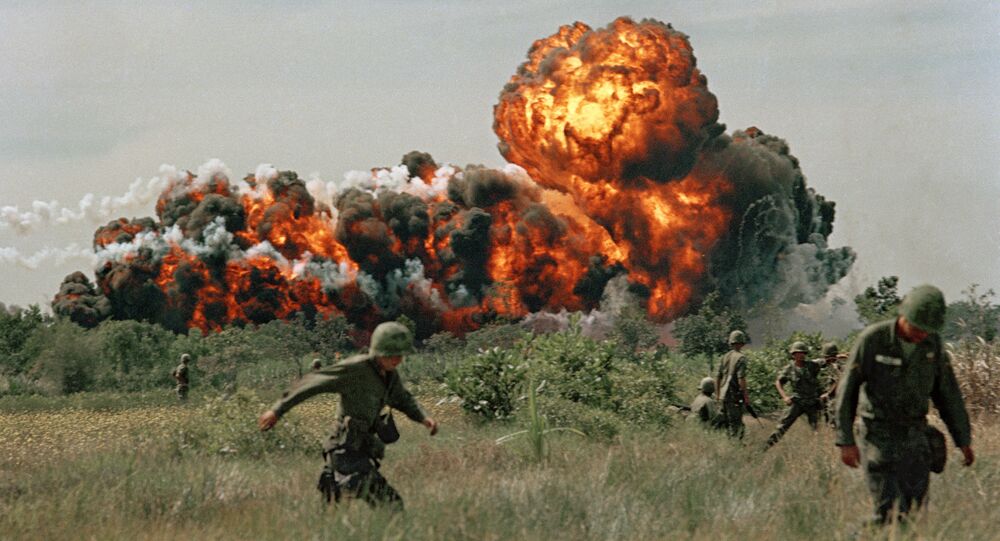 Venezuelan President Nicolas Maduro has accused the United States of orchestrating a coup d’etat in the South American state since Washington recognised a young opposition figure as the country’s interim president.

Nicolas Maduro has taken to Twitter to appeal directly to US citizens and ask them to prevent the Trump administration from turning Venezuela into another Vietnam.

TWEET: “The people of the United States, I ask for your support to reject the interference of Donald Trump’s government that seeks to turn my homeland into a Vietnam in Latin America. Do not let him do it!”

The Venezuelan president has embarked on a full-blown campaign against Washington and the head of the opposition-led National Assembly, Juan Guaido, who declared himself the Latin American country’s interim president last week.

Maduro has been sending out dozens of tweets, giving interviews and delivering televised speeches with a warning message in English to Trump: “Hands off Venezuela, immediately!”

“Trump, you are responsible for any violence that may occur in Venezuela, it is your responsibility… The blood that can spill in Venezuela is on your hands, President Donald Trump”, he said in a video broadcast on his Twitter.

In an exclusive interview with Sputnik, Maduro, who survived what the Venezuelan authorities called an assassination attempt last August, claimed that Trump had ordered the Colombian government and mafia to kill him:

The Venezuelan president further suggested that Washington’s main goal in Venezuela is its large oil reserves, while the second objective is to “kill the spirit” of Bolivarian history, culture, and traditions.

“They [the United States] consider us to be their ‘backyard’. And we say, we are not anyone’s backyard, we are an independent republic”.

The past few days have been quite tumultuous for Venezuela: on 23 January, Guaido challenged Maduro, having declared himself the country’s interim president in a move immediately recognised by the United States and a handful of regional nations.

© REUTERS / Adriana Loureiro
Venezuelan President Maduro to Sputnik: Trump Ordered Colombian Mafia to Kill Me (EXCLUSIVE)
While the Trump administration has been urging Maduro to step aside in favour of a “legitimate leader reflecting the will of the Venezuelan people”, the president accused Washington of staging a coup and severed diplomatic ties with the country.

The White House has increased pressure on the Maduro government, having announced new sanctions targeting the country’s state-run oil and gas giant PDVSA, and passed control over certain frozen assets held by US-insured banks to Guaido.