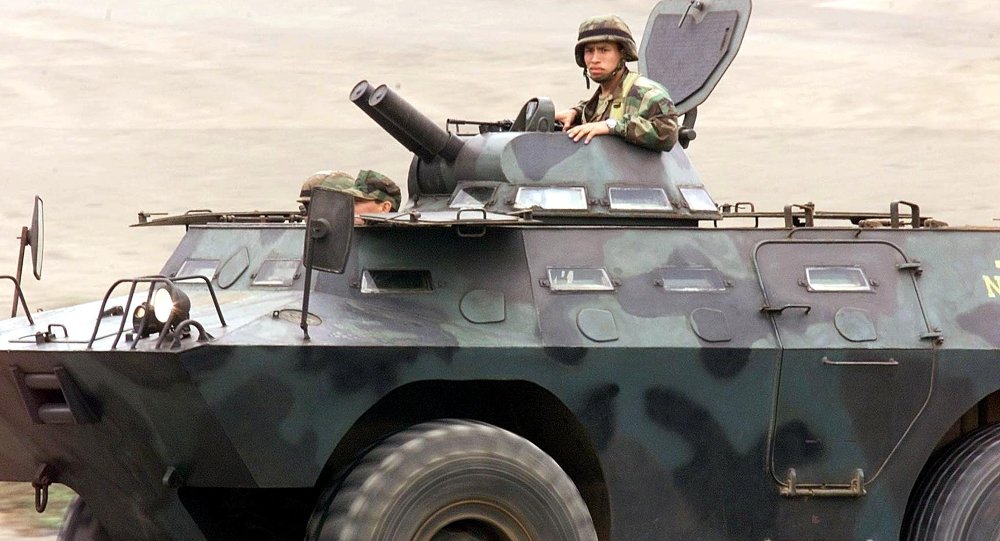 "We have always said, not only on behalf of Peru, but as the Lima Group, that we do not support any military intervention in Venezuela", Popolizio said, as quoted by the TV Peru channel.

Popolizio also confirmed that the Lima Group would convene a meeting in Ottawa on February 4.

READ MORE: Venezuelan Defectors in Exile Ask the US For Weapons Against Maduro — Report

© REUTERS / Andres Martinez Casares
Guaido Appoints Venezuelan Diplomatic Reps in US, Canada, Lima Group Countries
The statement comes after Head of Venezuelan National Assembly Juan Guaido said on 29 January, that he would appoint diplomatic representatives in a number of countries, including the United States, Canada, Argentina, Colombia and the Lima Group.

Mass protests started across Venezuela on 21 January and lasted for several days. Two days after, Guaido declared himself the country's interim president. Incumbent leader Nicolas Maduro has claimed that Washington had been orchestrating an anti-government coup in the country.

The Lima Group, which comprises 12 member states, was established in August 2017 to promote democratic reforms in Venezuela.

Colombia: A Return to War?