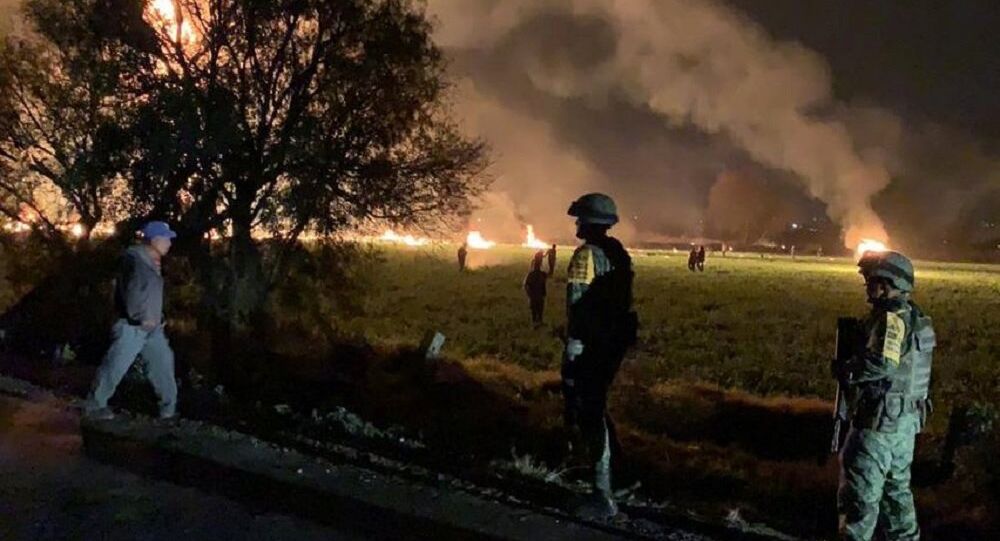 MEXICO CITY (Sputnik) - Another blast has occurred at a pipeline in Mexico's central state of Hidalgo due to an illegal tap used to steal fuel, with no information on casualties available so far, the newspaper El Universal reported.

A powerful blast and subsequent fire broke out in the late hours of 28 January in the municipality of San Agustin Tlaxiaca, according to the newspaper El Universal.

Military, police, civil defence forces, as well as representatives from the pipeline’s owner, Mexican state oil company Pemex, are working at the scene.

Photos and videos of the incident have already appeared online.

The blast comes after a deadly explosion at Mexico's Tuxpan-Tula pipleine, which was similarly caused by a suspected attempt to steal fuel and has claimed 115 lives, according to the latest data.

Mexico has been experiencing severe fuel shortages caused by the government's crackdown on huachicoleros, criminals who specialise in illegally tapping pipelines to steal fuel. As part of these policies, Pemex has closed several large oil pipelines. Now, fuel is mainly being delivered by tankers instead of pipelines, which has led to a decrease in supply.