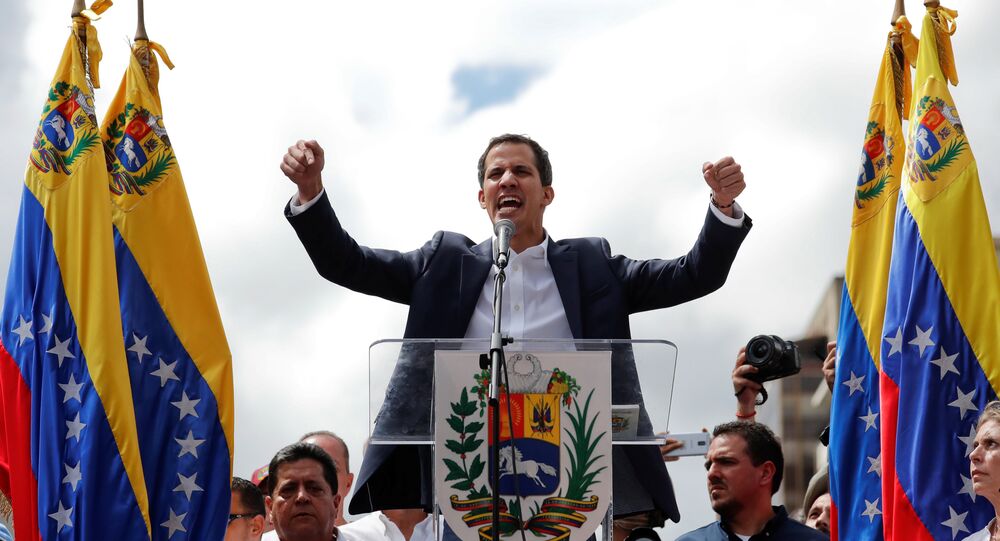 WASHINGTON (Sputnik) - The US government is looking at ways to get financial resources to Venezuela’s National Assembly head Juan Guaido to operate as interim president of the country, newly appointed US special envoy for restoring democracy in Venezuela Elliott Abrams said.

US Secretary of State Mike Pompeo announced during a press conference that  Former senior US diplomat Elliott Abrams has been selected to lead US efforts on Venezuela amid the political crisis.

"Elliot Abrams is coming aboard to lead our efforts on Venezuela," Pompeo said on Friday. "His critical work will get started right away. Tomorrow, he'll travel with me to the UN Security Council where the United States has called a long overdue meeting to urge other nations to support Venezuela's democratic transition."

"President Guaido will have the resources he needs to lead the government of Venezuela forward," Abrams said on Friday after being introduced in his new position by Pompeo.

Pompeo also said that US diplomats remaining in Venezuela are there at the invitation of interim President Juan Guaido and expect they will be protected.

"We've made clear to everyone that it is our expectation that the US officials that are there, that have now been invited to be there by interim President Juan Guaido have a right, they have the privileges, immunities that accrue," Pompeo said on Friday. "We have every expectation that those rights will continue to be protected."