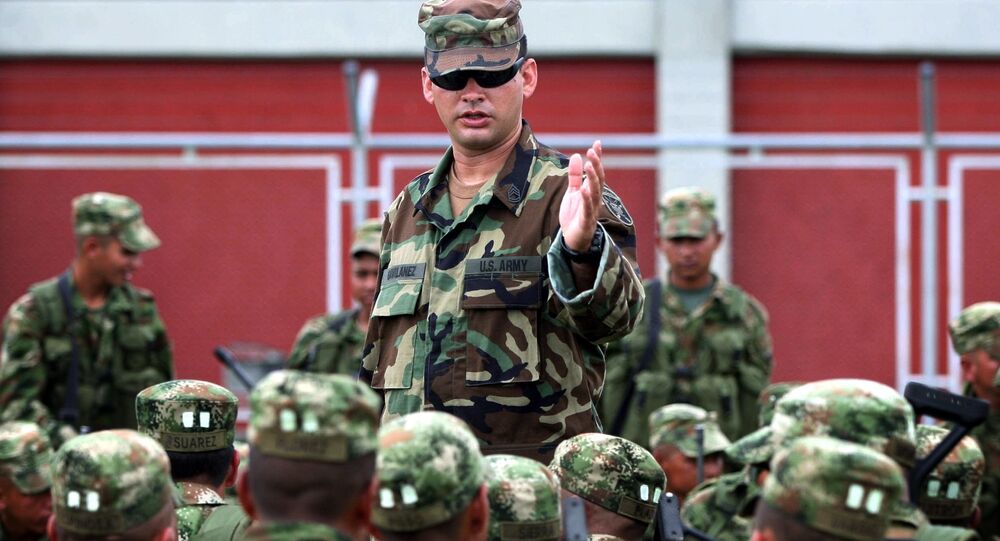 MOSCOW (Sputnik) - The Colombian government is not going to provide the United States will military bases so that the latter could launch a possible military invasion in Venezuela, the Colombian Defense Ministry told Sputnik.

"No," the Defence Ministry's representative said, answering the question, whether Bogota was going to provide Washington with military bases needed for a possible operation against Caracas.

"The troops will remain at bases, there has been and there is going to be no redeployment of troops," the ministry said on late Friday.

According to the press service, the vessels and aircraft were also not redeployed, while the high alert in the Armed Forces and police is linked to the recent deadly terror attack on a police academy in Bogota.

"Colombia is not staging provocations and will not allow anyone to provoke it, as Defence Minister [Guillermo] Botero has said, and we are conducting such policy toward Venezuela," the ministry added.

READ MORE: US Policy Toward Venezuela is 'Destructive' — Lavrov

The United States, Argentina, Brazil, Canada, Chile and Colombia, among others, have recognized Guaido as Venezuela's interim president, while some other countries, including Russia and Mexico, expressed support for incumbent President Maduro.

On Thursday, Russian Deputy Foreign Minister Sergey Ryabkov called on foreign states to refrain from any kind of military invasion in Venezuela.