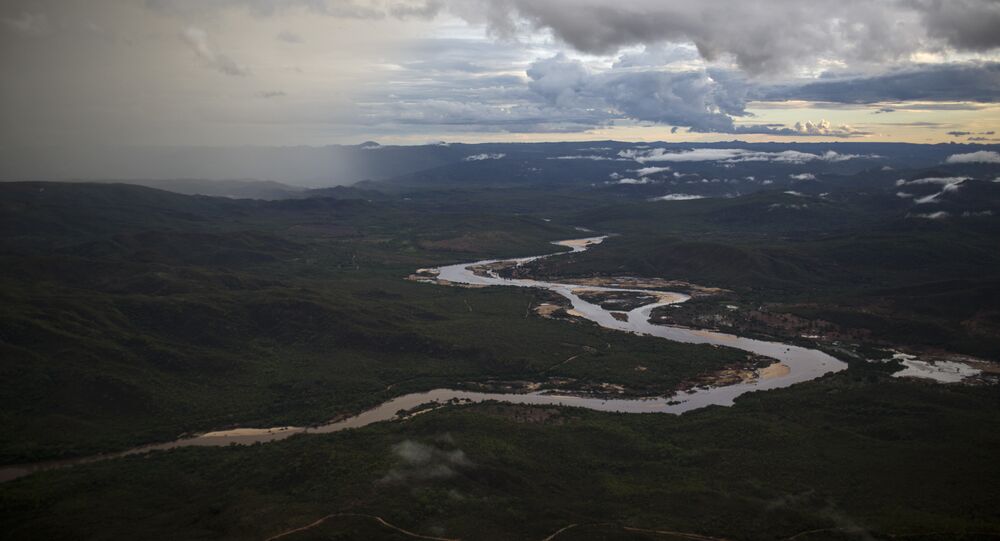 Some 200 people are unaccounted for after a mining dam collapsed in Brazil at an iron ore mine, a local fire brigade said on Friday. At least 50 are feared dead, local media reported.

A dam collapsed at an iron ore mine owned by Vale SA in Brazil, leaving some 200 people missing, the fire brigade in Belo Horizonte, the capital of the state of Minas Gerais, said in a statement.

© Sputnik /
The aftermath of a dam collapse at an iron ore mine owned by Vale SA in Brazil.
© REUTERS / Stringer
Dozens Dead After Dam Collapse in Laos - Reports
Earlier, several reports said that the accident had left three people dead and seven injured, while 100 people had been rescued. A number of residents in the area were evacuated as rescue teams were dispatched. Later, official data said that at least 7 people died in the disaster.

A fireman told Reuters that some 100 Vale SA employees among the missing were at lunch in the area at time of the disaster.

Vale SA, a Brazilian multinational corporation, is one of the largest logistics operators in Brazil and also the largest producer of iron ore and nickel in the world.

The incident comes four years after the collapse of another iron ore tailings dam in Brazil, which was owned by Vale SA and BHP Billiton. That collapse killed at least 17 people and is described as the worst environmental disaster in Brazil's history.