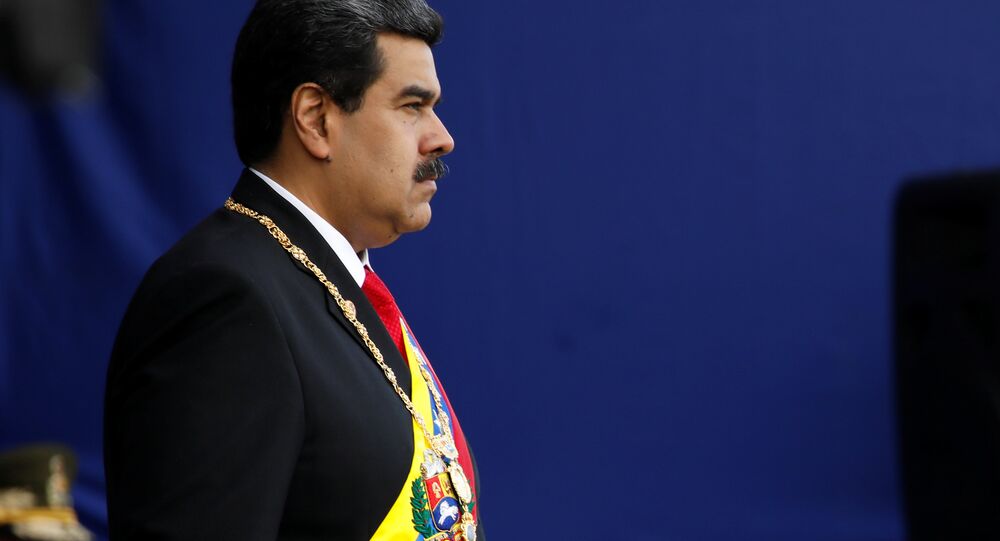 Venezuelan President Nicolas Maduro said Wednesday that the United States had attempted to stage a coup in the country.

Venezuelan President Nicolas Maduro announced Wednesday that Caracas was breaking diplomatic and political relations with the United States, and gave American diplomatic staff 72 hours to leave. Maduro stressed that the US had attempted to stage a coup in Venezuela.

Maduro also vowed to fight for the Venezuelan people's right to peace and a sovereign government of their choosing.

© REUTERS / CARLOS GARCIA RAWLINS
Skirmishes Across Venezuela as US, Allies Endorse Presumptive President Guaido (PHOTOS, VIDEOS)
Earlier in the day, US President Donald Trump recognized Venezuelan opposition leader Juan Guaido as the interim president of the country, after  Guaido, president of the recently disempowered National Assembly, took his own oath of office and declared himself interim president of Venezuela. The act followed the National Assembly's adoption on Tuesday of a statement accusing Maduro of "usurping" power and declaring all his decisions void. Maduro replied he would hold the National Assembly accountable for ridiculing the country’s constitution.

Meanwhile, media reports have suggested that the United States is considering imposing an oil embargo against Venezuela if Maduro takes drastic action to defend his government. Trump, asked by White House reporters Wednesday afternoon if he was considering sending the US military to Venezuela, replied that nothing was being considered, but that all options were on the table. A senior White House official, shortly before Trump's statement, had told reporters on a conference call, "If Maduro and his cronies choose to respond with violence — if they choose to harm any of the national assembly members or any of the other duly legitimate officials of the government of Venezuela — all options are on the table for the United States in regards to actions to be taken."