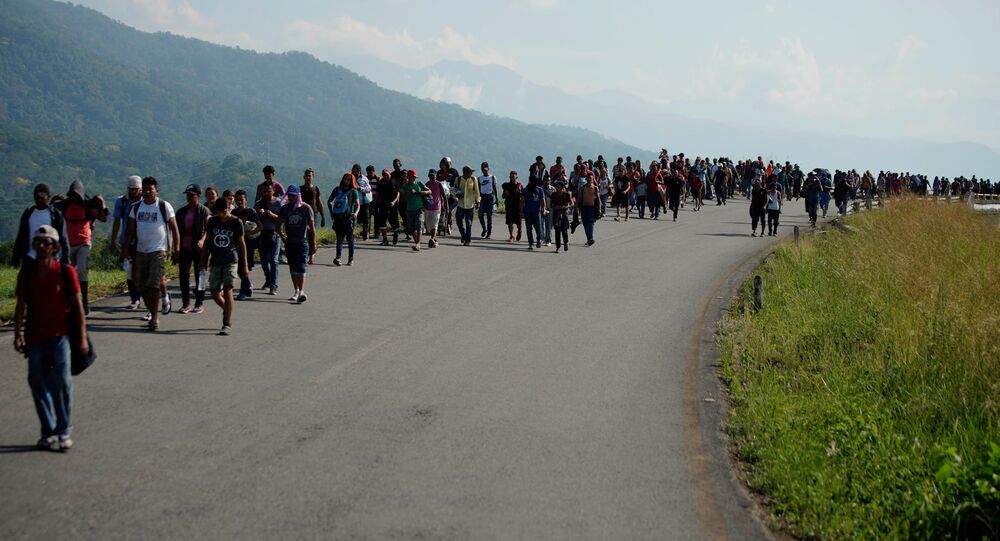 MOSCOW (Sputnik) - A new migrant caravan bound for the United States departed from Honduras on Sunday, the Telesur broadcaster reported.

According to the broadcaster, migrants began to gather at the bus station in San Pedro Sula on Saturday and were already on their way to the Guatemalan border by Sunday morning. The caravan consists of around 400 people. Police have reported that 153 people have already reached Guatemala and were waiting for their documents to be inspected.

On January 18, it was reported that a group of about 2,000 migrants from Honduras had crossed the Guatemalan-Mexican border overnight and were headed toward the United States.

© AP Photo / Moises Castillo
Two Child Rapists Caught Entering US With Illegal Migrant Caravan – Report
Caravans of migrants from Central American countries began to move toward the United States through Mexico last fall. According to different estimates, there are about 6,000 to 9,000 migrants from Honduras, Guatemala, and El Salvador staying in the Mexican cities of Tijuana and Mexicali.

A portion of these migrants have either returned to their home countries or decided to stay in Mexico. The US authorities have sent scores of servicemen to the nation's southern border over security concerns.