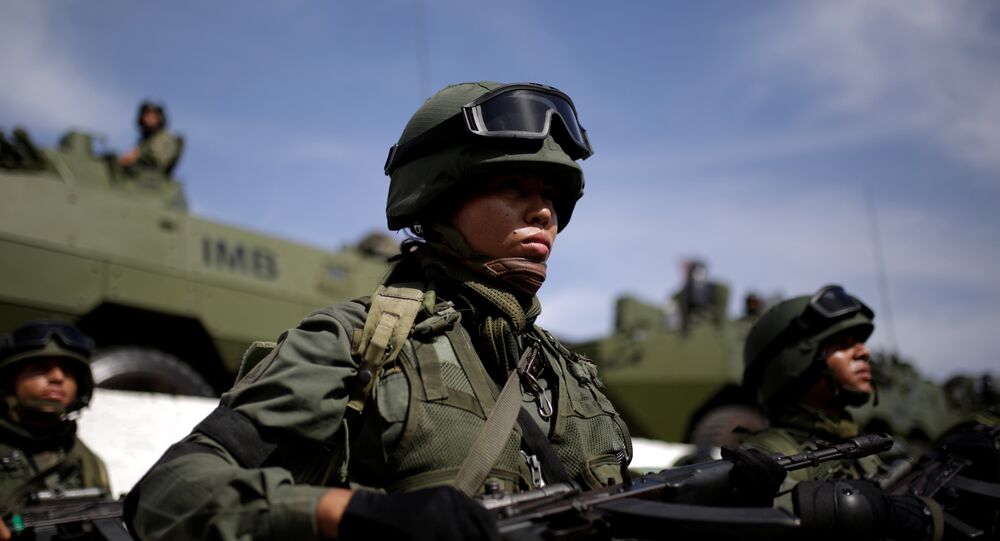 The news comes after reports of exiled military opposition members claiming that the armed forces are ready to turn against President Nicolas Maduro, calling on people to take to the streets.

The Venezuelan Defence Ministry said that the rebels who organised the protests were already being questioned. Diosdado Cabello, the president of the Constituent Assembly, confirmed that some military personnel involved in a coup attempt in Caracas had been apprehended.

"Yet again, our national Bolivarian Armed Forces… have detained a small group of thugs and traitors to the homeland, who stole arms to perpetuate violence and fuel concern among the people. We will win", Cabello said on Twitter.

The Vivoplay portal reported later that a total of 40 servicemen had been detained and then brought to courts in Caracas.

Earlier in the day, the newspaper Nacional reported that some troops had seized a military base in Cotiza in western Caracas.

© AP Photo / Ariana Cubillos
'Venezuela Will Be Another Syria Soon' –Scholar
On 10 January, Venezuelan President Nicolas Maduro was sworn in for his second term, which will last until 2025.

US Secretary of State Mike Pompeo claimed that "the Maduro regime is illegitimate", adding that Washington would persist in its efforts, using its economic and diplomatic power to the fullest, to "restore real democracy to that country".