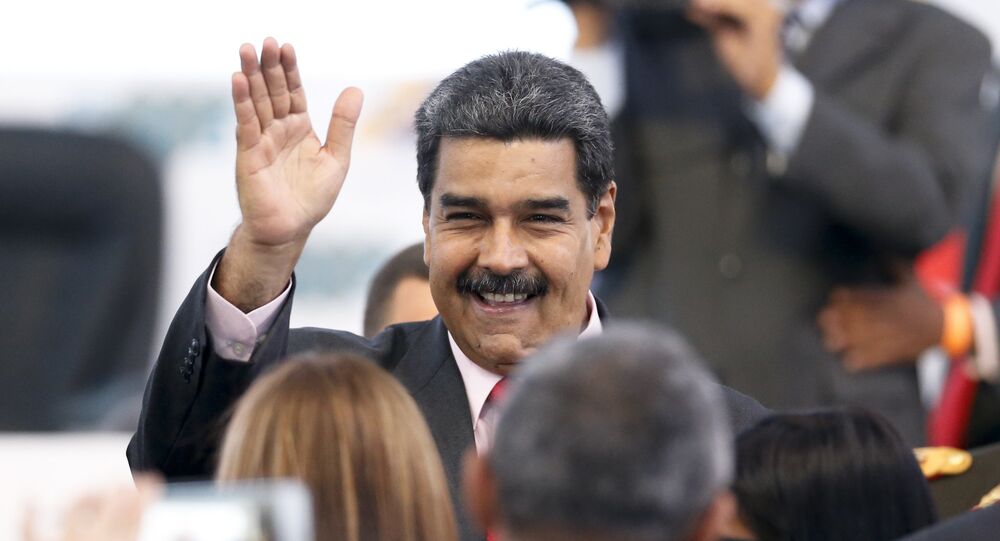 On Thursday, Maduro was sworn in for his second presidential term that will last through 2025.

"We do not recognize this government which came to power today because it is the continuation of the rule of Nicolas Maduro, whom we all know," Chilean Foreign Minister Roberto Ampuero said in a statement.

"Racism grows in these governments from every idea that they express and from every move that they make," Arreaza wrote on Twitter.

On Thursday, US State Secretary Mike Pompeo condemned Maduro's "illegitimate usurpation of power" and "unfair elections" held on May 20, 2018, which saw Maduro securing the new term in office.

At a meeting in Lima last week, the Lima Group of Latin American countries plus Canada urged Maduro to refrain from taking the presidential oath.

© AP Photo / Ariana Cubillos
EU Refuses to Send Delegation to Attend Maduro's Inauguration - Press Service
Similarly, the Organization of American States (OAS) said in a statement that it did not recognize the legitimacy of Maduro's new term and reiterated its "deep concern" about the deteriorating political, economic, social and humanitarian crisis in Venezuela.

The group argued that this situation in Venezuela resulted from "the breakdown of democratic order and serious human rights violations in that state, and the government of Venezuela’s negligence to meet the fundamental Inter-American standards of human rights and democracy."