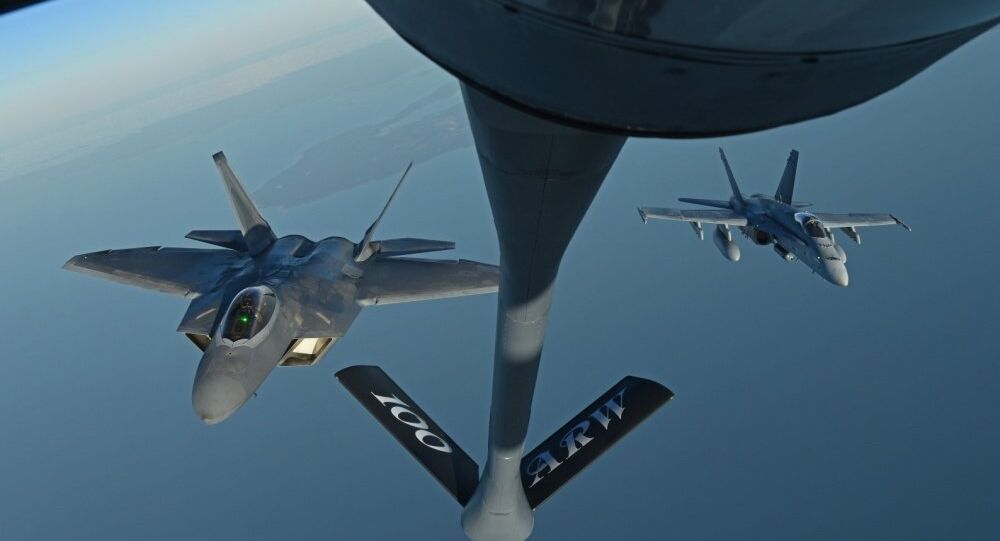 The US has been stepping up its involvement in military exercises in Latin America in recent years, partly in response to growing regional influence by Russia and China. The US has long supported right-wing governments in the region to protect its interests and block Soviet influence; more recently, they’ve been a bulwark against the Pink Tide.

Almost since the country's inception, the United States has viewed Latin America as its own backyard, with US President James Monroe articulating that view in 1823 in a doctrine that came to be named after him. Ironically, that, too, was provoked by Russian expansion into the Americas, when it claimed land along North America's northwestern Pacific coast.

During his tour of several Latin American countries last August, then-Secretary of Defense Jim Mattis remarked, "We see Latin America as our neighbor. Some people say we don't pay much attention to it. That is certainly not the case in the military." Mattis was the first Pentagon chief to visit the region since 2014.

According to Maj. Joost Verduyn, spokesman for Air Forces Southern Command, the US has stepped up its participation in regional military exercises in recent years, even though the number of them hasn't increased.

"What has been increasing is the participation in these exercises," Verduyn told Military.com. "The air show in Chile earlier [last] year was highlighted by the F-35, and the US Air Force sent more aircraft to participate in the show than it had before. US and partner nation participation in exercises in South America also continue to grow."

Other examples of US participation in the region include air-to-air combat training exercises hosted by the Colombian Air Force last July; a 12-country air force exercise hosted in Arizona last July; a Brazilian-hosted air-to-air combat drill last November that featured eight countries; and the deployment of the US Navy hospital ship USNS Comfort to the Colombian city of Turbo in August to aid Venezuelan refugees in the country.

"Nearly every week of the year, the 12th Air Force (Air Forces Southern) and the US Air Force are conducting smaller subject matter expert exchanges across Central and South America and the Caribbean," Verduyn told Military.com.

However, despite this rhetoric, the US' budget for its military forces in the region hasn't noticeably increased.

W. Alejandro Sanchez, a contributor to the Center for International Maritime Security, specializing in Latin American and Caribbean national security issues, told Military.com for a Thursday article that, despite Mattis' comments, "there was no visible increase to SOUTHCOM's budget or assets… The Navy didn't [even] give them those decommissioned frigates as they requested to combat drug trafficking in the Caribbean."

"Historically, the US military has had two missions in Latin America: combating communism and fighting the war on drugs," journalist and author Daniel Lazare told Sputnik Thursday. "Both have wreaked endless havoc."

"The first led to the Contra war against the Sandinistas, a counter-insurgency effort in Guatemala that killed some 200,000 to 250,000 people in all, plus coups in Chile, Brazil, etc. The second has triggered vast crime waves that have inundated Mexico, Central America, Colombia, Brazil, Peru, Paraguay and other countries as well. It's a rampage of destruction unlike anything else in the world outside of the Middle East," Lazare said.

"So when Mattis calls for yet another military ‘partnership,' my heart sinks," Lazare said. "What makes it particularly galling is that it is prompted by the most tentative actions on the part of Russia and China, e.g. a mild expression of support for Venezuela on the one hand and the dispatching of a medical ship to neighboring Colombia on the other."

"One would think that a great power would barely notice such things. But the US is so jealous of its monopoly on chaos that it bristles at the slightest challenge."

In September, the Chinese People's Liberation Army Navy hospital ship Peace Ark put into port at La Guaira, Venezuela, as part of its 11-nation "Mission Harmony" tour. Most of the other nations were Pacific island countries, the Navy Times reported. The publication suggested the week-long stopover was intended as a riposte to the Comfort's deployment to Colombia the previous month.

It wasn't the first time Russian bombers had visited the Caribbean nation, but neighboring Colombia and the US were apoplectic about their presence. US Secretary of State Mike Pompeo scolded Russia for sending its bombers "halfway around the world to Venezuela," and Colombian President Ivan Duque called the move unfriendly.

Foreign Policy noted that China's primary interest in the region is tapping its vast oil reserves and bolstering anti-American sentiment. "A master at leveraging trade and direct economic investment for geopolitical gains," the publication writes, China has now become the primary destination for exports from seven Latin American countries and in five has become their single largest export market.

"The Colombians are concerned that the US has been leaving the region behind, and it has created a void, this vacuum to fill," Moises Rendon, an analyst with the Center for Strategic and International Studies, told Foreign Policy. Colombia "can't say no to China, because they are providing opportunities and investment, [while] the US is not providing the same types of opportunities."

Russia, meanwhile, has found a regional niche in weapons deals, supplying Venezuela and Bolivia with hardware, the latter of which, ironically enough, acquired them to combat drug trafficking — exactly how the US justifies its presence in the Andean region.

Brazil, another of the BRICS emerging industrial nations (which also include Russia, India, China and South Africa), has recently turned away from its partnerships with those nations with the election of President Jair Bolsonaro late last year.

Bolsonaro, who was sworn into office on Tuesday, ran on an anti-Chinese position, saying that "China owns the whole country," the Washington Post reported. Brazil is one of the nations whose top trading partner is China. The far-right Bolsonaro has also positioned himself as an anti-socialist warrior, saving Brazil from "cultural Marxism" and vowing opposition to the Bolivarian project in Venezuela being led by the United Socialist Party of Venezuela as well as other leftist governments in the region such as Bolivia and Nicaragua, collectively known as the "Pink Tide."

US leaders wasted no time celebrating their new eager partner.

Congratulations to Brazil’s new President Bolsonaro. It’s great to have another U.S.-friendly leader in South America, who will join the fight against dictatorships in Venezuela and Cuba, and who clearly understands the danger of China’s expanding influence in the region.

​Nikki Haley, although departing from the Trump administration, voiced her support for Bolsonaro, a former army officer and vocal supporter of the military dictatorship that ruled Brazil for decades. Pompeo, likewise, celebrated Bolsonaro's "joint commitment" to US policy in the region.

Great meeting President @jairbolsonaro to reinforce our shared commitment to democracy, education, prosperity, security, and #humanrights. Look forward to working together to support those suffering in #Cuba, #Nicaragua, and #Venezuela under the weight of dictatorships. pic.twitter.com/GQ5SP24Rl7

​Ironically, though, the US trade war with China has increased economic ties between Brazil and China, with the huge soybean tariffs turning Brazil into China's largest supplier of the crop, as well as boosting its sales of iron and steel, the Post noted.

US SOUTHCOM Chief Accuses Russia of Using Sputnik, RT to Bash US Policies

'We Have New War on Our Hands': US Should Help Iraqi Forces – SOUTHCOM