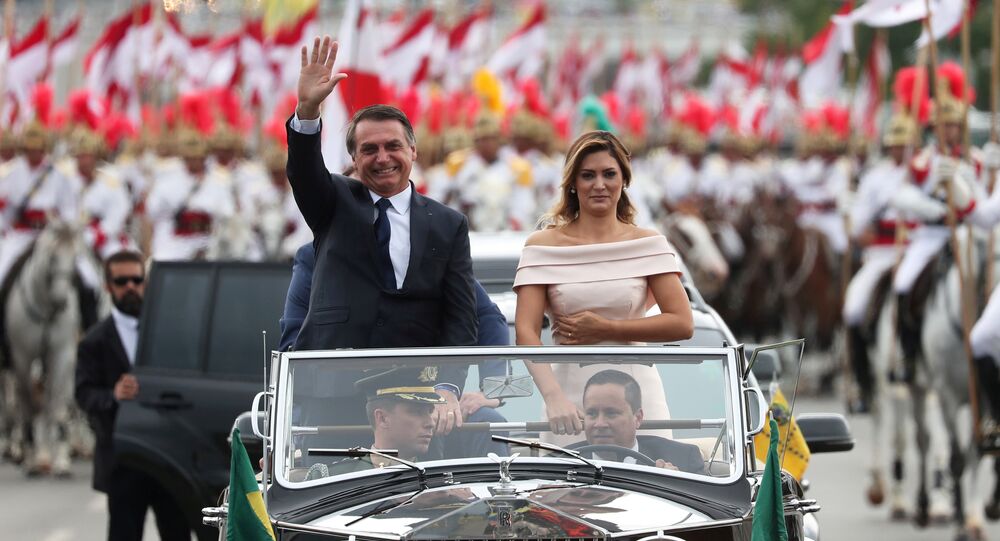 “We have a unique opportunity to rebuild the country. Today, we have set a difficult task for Brazil to begin a new chapter in history when the country will become strong … We will carry out structural reforms that will be important for ensuring the sustainability of public finances. We need to open our markets to international trade,” Bolsonaro said, as quoted by the lower house press service.

Bolsonaro, who represents the right-wing Social Liberal Party, was sworn in as Brazil’s president at a ceremony earlier on Tuesday. He has secured a four-year presidential term by winning the October election.

Bolsonaro is reportedly known for his populist rhetoric. He has spoken in favor of paying women less, loosening guns control and called US President Donald Trump his inspiration. On foreign policy, Bolsonaro has echoed the US president’s views, promising to move the embassy in Israel to disputed Jerusalem and shut the Palestinian representative office in Brazil.

Bolsonaro Sworn in as President, Vows Alignment With US