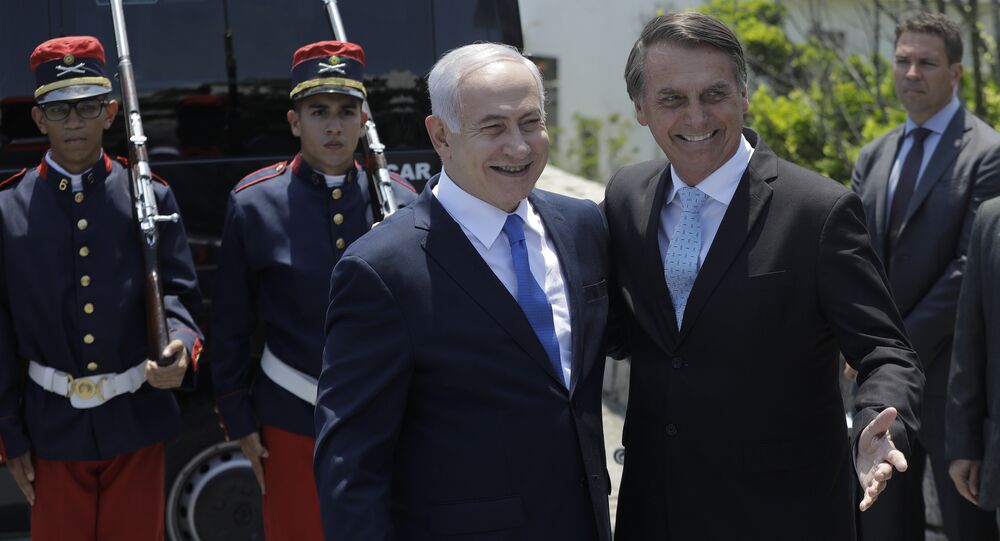 According to the statement, Netanyahu first had a one-on-one meeting with Bolsonaro after which members of the Israeli delegation and Brazilian administration officials joined them.

"We concluded an important alliance with a world power whose population is almost a quarter of billion people. Our cooperation will help the citizens of both countries in economy, technology and military areas and will help strengthen the international status of Israel," Netanyahu said after the meeting with Bolsonaro, as quoted by his office in the statement.

The president-elect, in his turn, said he would pay a visit to Israel soon and pledges to strengthen cooperation with Israel in various areas. Moreover, Bolsonaro conferred Brazil’s National Order of Merit on Netanyahu.

Bolsonaro pledged during his election campaign that Brazil would recognize Jerusalem as the capital of Israel and move its embassy from Tel Aviv to the city, claimed by both Israelis and Palestinians. Notably, the embassy move was not discussed during the first meeting of the two leaders, despite Netanyahu’s plans to raise this issue during their talks.

The prime minister of Israel arrived in Brazil for attending the inauguration of Bolsonaro which is scheduled for Tuesday. Netanyahu is also expected to hold talks with top officials from Brazil and other countries during his trip.