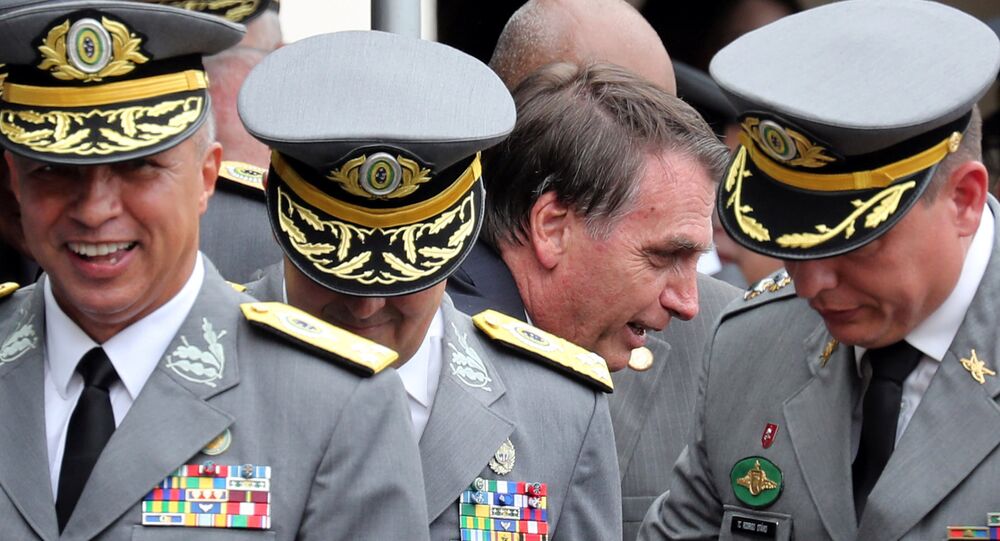 MOSCOW (Sputnik) - The Brazilian Foreign Ministry confirmed earlier that it had called off invitations sent to Cuban leader Miguel Diaz-Canel and his Venezuelan counterpart, Nicolas Maduro, for the inauguration of Bolsonaro.

Brazilian incoming foreign minister, Ernesto Araujo, said on Sunday that the representatives of the Nicaraguan authorities will not attend the swearing-in ceremony of Brazilian President-elect Jair Bolsonaro that will take place on January 1.

"Bolsonaro's inauguration will mean the beginning of the work of the government that takes a firm and distinct position with regard to the protection of freedoms. Taking into account violations of freedoms of the people of Nicaragua by the regime of [Nicaraguan President Daniel] Ortega, no representative of this regime will be accepted at the event on January 1," Araujo said.

© CC BY 2.0 / Fábio Rodrigues Pozzebom/Agência Brasil / Entrevista com o Deputado Jair Bolsonaro sobre sua convicação ao STF
Bolsonaro Seeks Closer Ties With US But Will Have to Recognise Reality - Scholar
Meanwhile, ecretary of State Mike Pompeo will head the US delegation traveling to Brazil for the inauguration of President-elect Jair Bolsonaro, the White House said in a press release on Monday.