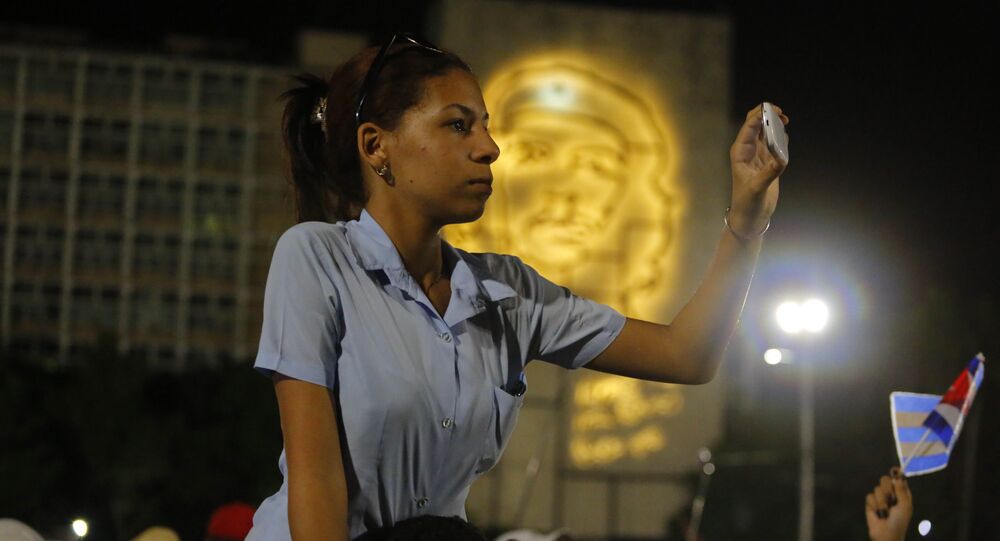 Cubans will finally have access to the internet from mobiles after the government revealed on Tuesday evening that it would launch 3G services.

ETECSA state telecom president Mayra Arevich announced that services would commence on Thursday, adding Cuba to the list of countries with mobile internet and providing its roughly 11.2m citizens with internet access.

The Cuban government has operated internet cafes across the island-state since 2013 and Nauta public WiFi zones since 2015.

"It was about time this became a possibility for Cubans too," Havana resident Joaquin Montiel, 58, said. "But for some, like me, it's still a remote one."

© AP Photo / Desmond Boylan
Cuba Sees EU Effort to Sidestep Iran Sanctions as Blueprint to Break US Embargo
"It will be good to be able to connect to the web with greater comfort," 38-year-old netizen Guillermo Diaz told the Independent.

Cuban president Miguel Diaz-Canel is working to increase internet connectivity throughout the country after succeeding former president Raul Castro, and has opened his own Twitter account in October.

Tania Velázquez, ETECSA Vice President, said the company would be rolling out the service over several days in order to avoid the network congestion that occurred during mobile internet testing earlier this year.

ETECSA vice president Tania Velázquez said that her company would roll out the service over the next few days to avoid congesting the network after some complained that they were unable to send and receive messages while 3G internet testing was conducted earlier this year.

"The quality of service will be a key factor during the rollout of mobile internet," YucaByte editor Norges Rodriguez said as quoted by Reuters.

The government will not advocate a Chinese Firewall-style blocking of the Internet, but will instead block websites affiliated with US funded websites such as USAID and National Endowment for Democracy, which have traditionally broadcasted anti-communist propaganda from Florida and others.