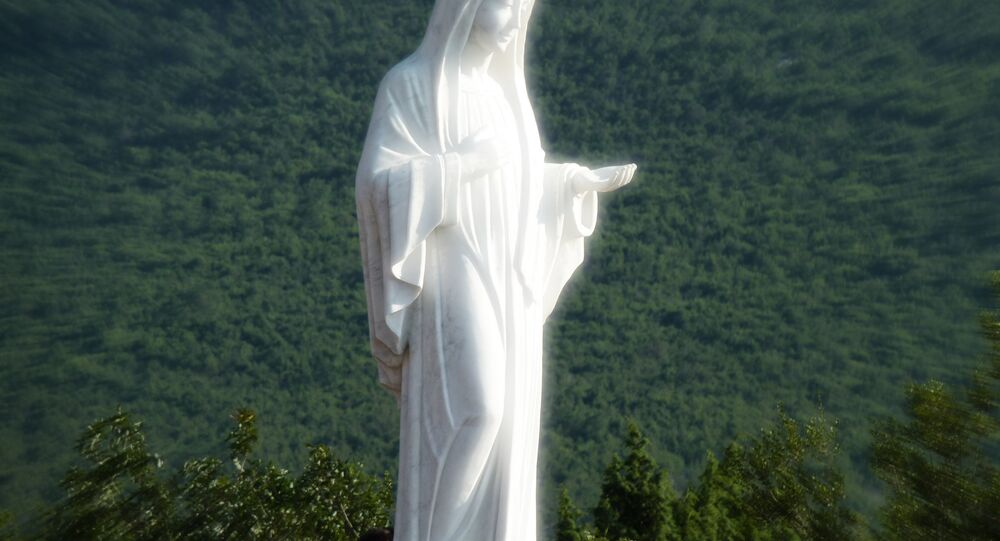 An ordinary household in northern Argentina has turned into a pilgrimage destination for thousands of people after something akin to blood oozed out of a portrait of the Blessed Virgin belonging to a local family, local media say.

A mother of four from the Argentinian department Metan, Rosana Frías, who happened to have a weeping Mary statue in her household, has told the local outlet Informate Salta that it manifested its miraculous tears for the 38th time since it first “cried” last year. The woman said that the Virgin cried for 7 minutes after she prayed for her mother, who is very ill.

The Frias family is said to have come into possession of the miraculous statue more than 8 years ago after she miscarried a baby. Their Virgin first “wept” in April 2017, when a blood-like liquid appeared on the statue’s face. It “cried” for three consecutive days. According to the woman, shortly after they posted “crying” Mary’s picture on social media, a crowd of 7,000 people gathered at their house.

The statue has burst into tears numerous times since then, and Rosana Frías has meticulously kept track each time. Meanwhile, her family is said to have united to receive the believers coming to their home. She said that they have witnessed several miracles. A woman is said to have overcome an 8-centimetre tumor, while an injured policeman managed to survive, allegedly thanks to the miraculous image.