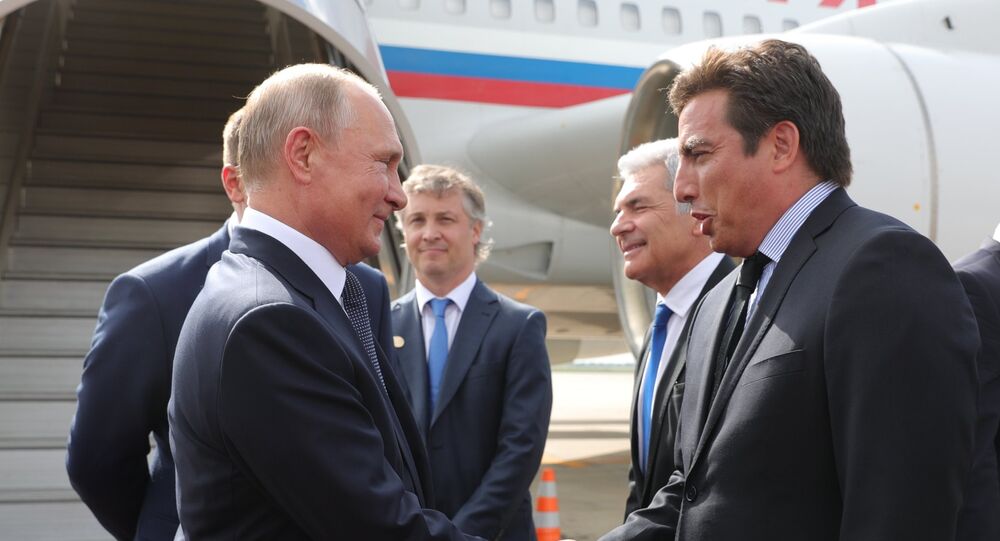 The earthquake was registered shortly after the arrival of Russian President Vladimir Putin in Buenos Aires, where he is attending the G20 Summit.

A 3.8 magnitude earthquake was registered on Friday in Argentinian capital, the National Insitute of Seismic prevention reported. The seismic activity was registered in the Latin metropolis amid the ongoing G20 Summit in Buenos Aires.

The seismic event occurred 32 kilometres from the centre of Buenos Aires at a depth of 25 kilometres, the institute said on its website.

No data on the number of victims or estimate of the scope of the damage has been provided.

Following the reports, some Twitter users mockingly linked the quake to Vladimir Putin's arrival to the G20 summit.

The tremor in Buenos Aires

The quake has been reported in the southern part of Buenos Aires. Putin arrived and shook everything.

It is possible to feel quake when Putin arrives to Argentina.