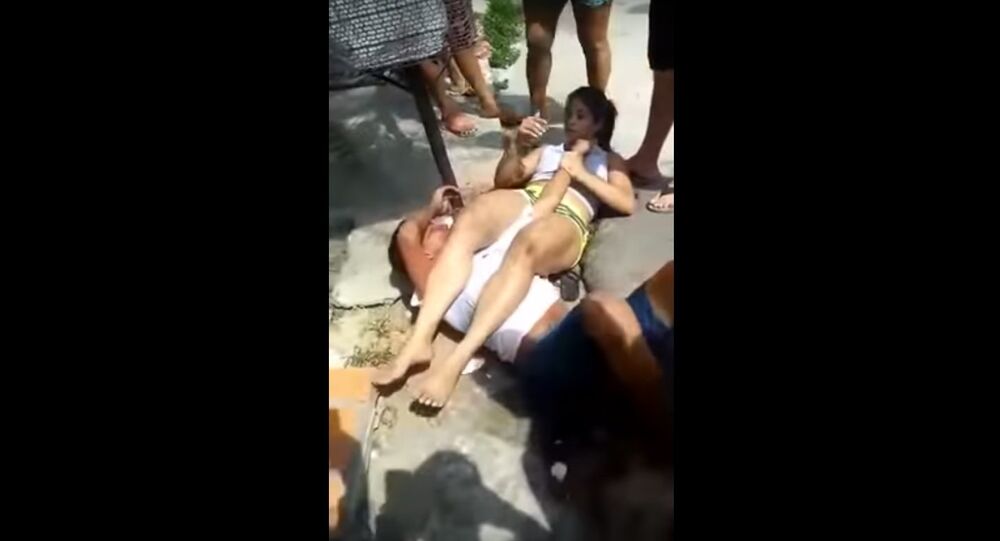 Two drive-by assailants tried to rob a young woman in the Brazilian city of Manaus, Amazonas when everything suddenly went wrong.

Sabrina Leites, 22, was standing in the yard of her house when a motorcycle with two drive-by thieves stopped near her. They demanded she give them her mobile phone and didn't expect a tiny girl to fight back. The woman, who had practised jiu-jitsu for four years, threw the phone into the house and tried to catch the unlucky thieves. They tried to flee, when a neighbour hit one of the assailants with his car and prevented him from escaping.

Leites used a painful hold to press the unlucky burglar to the pavement. She held the intruder for 20 minutes until the police arrived. The 18-year-old man was arrested and charged with attempted robbery.

People that gathered at the scene, commented on the crying thief, saying 'you'll know how to rob girls,' and 'women are powerful too'.