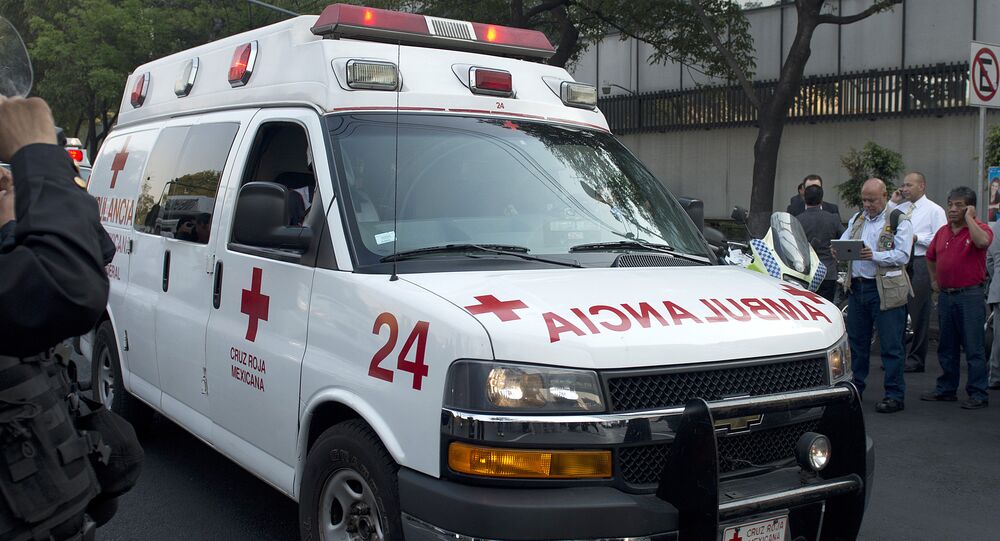 MEXICO CITY (Sputnik) - Ten people have been injured in the Mexican state of Sonora as a bus carrying migrants from Honduras collided on Friday with a police car, which was accompanying the caravan of migrants bound for the United States, local media reported.

According to the Excelsior newspaper, the bus rolled over as a result of the collision. Eight Hondurans and two policemen sustained injuries.

Those injured were taken to hospital. The rest of the migrants were later transported to the town of Sonoyta, where there were given food and necessary assistance.

Recently, some 40 buses with migrants have entered the state of Sonora, and are on their way to the border city of Tijuana, where some 2,000 migrants have already gathered in the hope of crossing into the United States.

The caravan set out from Honduras in the direction of Mexico and the United States on October 13 hoping to obtain asylum. According to UN estimates, the caravan includes more than 7,000 migrants. However, Mexican authorities have said that the caravan marching through its territory included around 3,600 migrants.