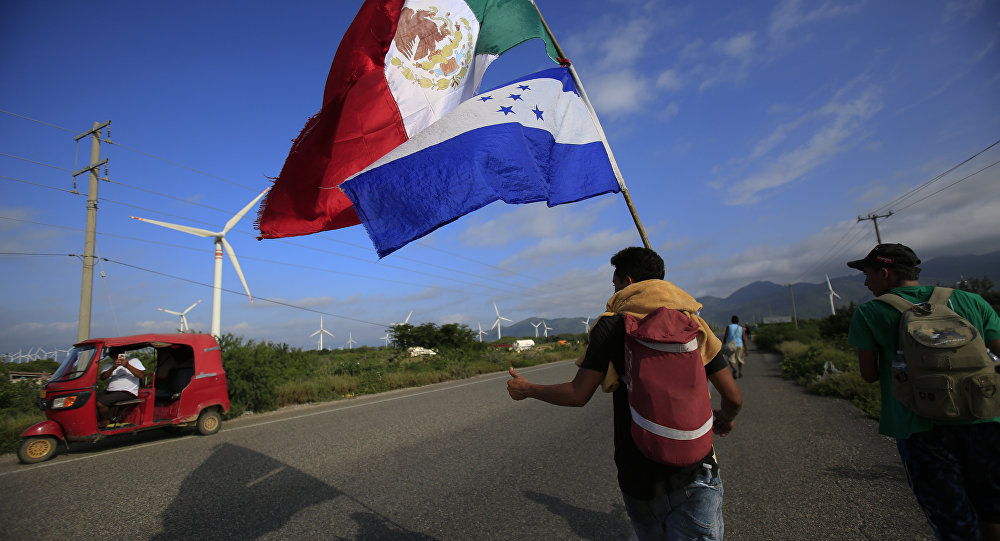 Of the 4,500 people stationed in an accommodation center in Mexico, most are expected to leave and continue their trip north to the US border.

Several hundred Central American migrants have left a refugee camp set up at a stadium in Mexico City and continued on their journey to the US border, according to a Universal newspaper report.

According to various reports, 300 to 450 migrants, mostly from Honduras, have left the camp. The cohort of migrants is being escorted by Mexican police forces; no incidents have been reported so far. 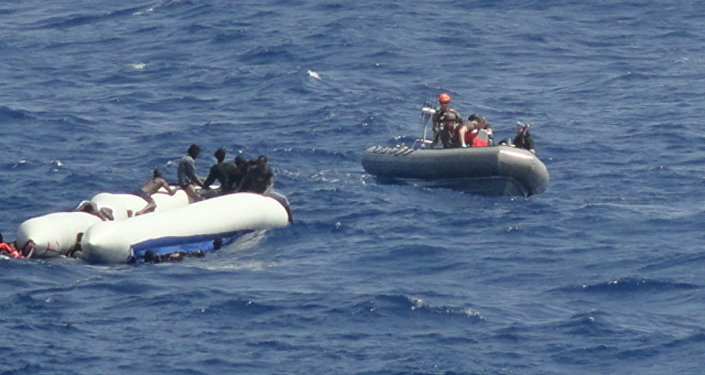 U.S. Navy
Italy Examining Claims US Warship Ignored Distress Calls from Migrants in Dinghy
More than 4,500 people took refuge in Jesus Martinez Stadium in Mexico City earlier this week. Most of them are expected to continue their journey to US border on November 10.

As Sputnik reported earlier, the majority of migrants who have stayed in the migrant accommodation center in Mexico City have refused to apply for refugee status in Mexico. The migrants also refused to join the government's support program, which allows applicants to receive access to job opportunities, education and medical care, Mexico's Interior Ministry said in a communique on Wednesday.

According to a report by the Los Angeles Times, the migrant caravan has grown considerably fragmented by Friday, with many people opting to stay for rest in Mexico City. Meanwhile, others continued on: some by foot, some on public transport. 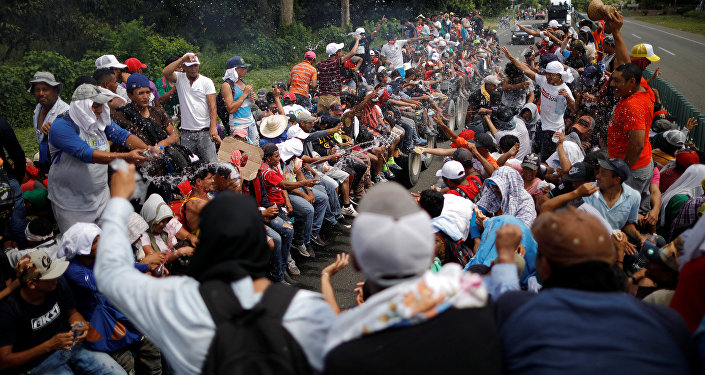 © REUTERS / Ueslei Marcelino
Migrant Caravan From Honduras Stops Over in Mexico City
On Thursday, some caravan members mounted a protest demanding that the United Nations provide more than 150 buses to take the migrants to Tijuana, the westernmost city on the US-Mexico border.

In the meantime, the US administration said Thursday it will tighten up procedures for foreigners seeking political asylum in the United States.

People in the migrant caravan — mostly young men — are expected to claim political asylum in the United States, saying they are fleeing pervasive violence in their home countries. The opponents of the caravan fear these people are simply looking for better life with social benefits in the United States.

As the caravan, still hundreds of miles away from US border, comes closer, the United States has reinforced its southern border with thousands of soldiers tasked with aiding Border Patrol staff in tackling the illegal immigrant influx.

Migrants Bound for US Mull Staying in Mexico for Work - Reports