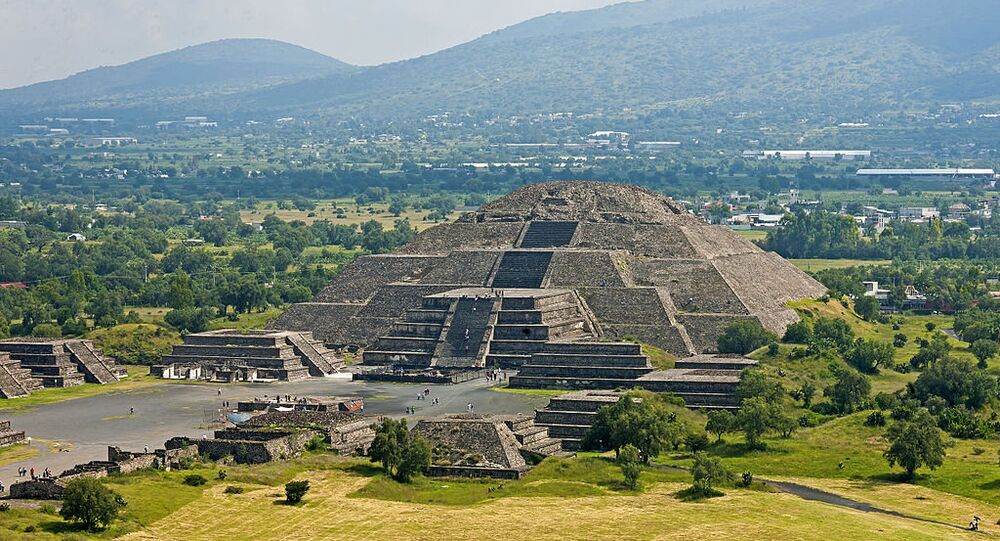 Scientists Find Entrance to the ‘Underworld’ Beneath Ancient Pyramid in Mexico

The newly-discovered underground chambers may now help scientists learn more about the relationship between Teotihuacan and other regions of Mesoamerica.

Researchers studying the remnants of the ancient Mesoamerican city of Teotihuacan, located in Mexico, have discovered a secret tunnel and a cavity below the Pyramid of the Moon, which may have been dedicated to 'underworld' Toltec rituals.

The discovery of these underground chambers was made possible thanks to an electrical resistivity study conducted by scientists from the country's National Institute of Anthropology and History and a team of specialists from the Geophysics Institute of the National Autonomous University of Mexico.

"Previous explorations found skeletons of individuals with cranial deformation, as in the Mayan area, and diverse green stone objects (necklaces, anthropomorphic figures made with mosaics), so it is not difficult to think that something similar could be found in the subsoil," Dr. Veronica Ortega, director of the Project of Integral Conservation of Plaza de la Luna, said.

Ortega also pointed out that the researchers are now studying the tunnel and the cavity in an attempt to determine what kind of connections Teotihuacan had with other regions of Mesoamerica.