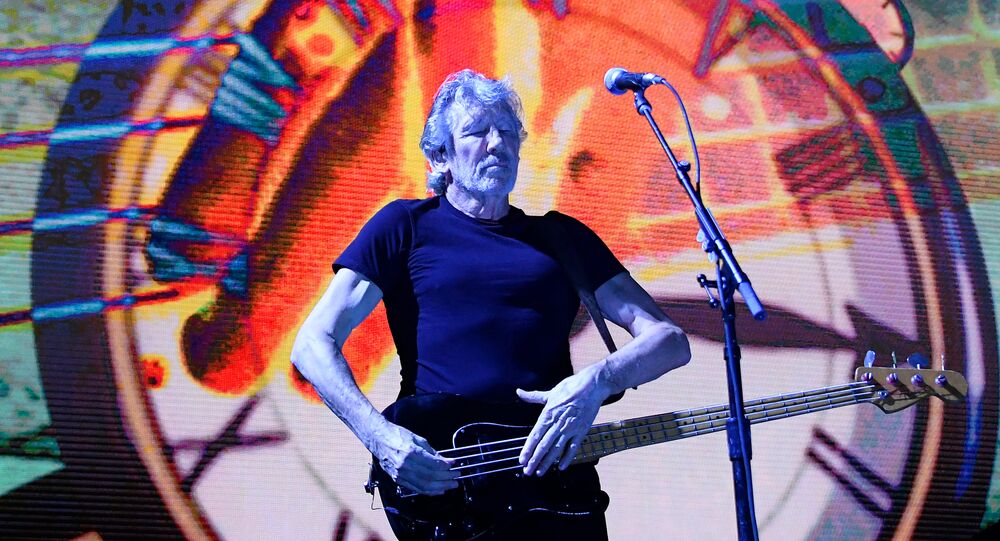 Brazilians are set to vote for the country's next president on Sunday, with polls suggesting that the right-wing candidate, Jair Bolsonaro, has a lead over his left-wing rival, Fernando Haddad.

During his show “Us + Them” in Curitiba, Brazil on Saturday, Pink Floyd legend Roger Waters urged people not to cast their vote for the right-wing candidate from the Social Liberal Party, Jair Bolsonaro, despite a risk of being arrested for breaching election laws.

© AP Photo / Leo Correa
There’s Nothing About Bolsonaro to Suggest That He’s a Racist - Prof
Ahead of the concert, the Electoral Court of Parana warned the rock icon and his team that if he did not comply with the country's law, which strictly forbids all campaigning after 10 p.m., he might face arrest and a jail sentence.

Just when it seemed that Rogers had taken the warning to heart and the show had gone off smoothly, the stage went dark, with a message in Portuguese appearing on the screen just two minutes before the deadline.

“They told us we cannot talk about the election after ten o’clock. We have 30 seconds. This is our last chance to resist fascism before Sunday. Not him,” it read, and was greeted with a chorus of boos and cheers.

This is our last chance to resist against fascism before Sunday.

© AP Photo / Gregorio Borgia
‘Trump is a Pig’: Roger Waters’ Show Peppered With Cartoons of 45 (PHOTOS)
Brazil's anti-Bolsonaro movement prompted the creation of a hasthag #EleNão, or #NotHim, which has gained considerable support both in the country and beyond.

Once the clock struck 10, the message continued: “It’s ten o’clock. Obey the law.”

Prior to the concert, Bolsonaro tweeted that "any person in the national territory, even if he's not a Brazilian citizen, has inalienable rights as a human being, as well as having a duty to obey the laws of Brazil."

© AP Photo / Luca Bruno
Roger Waters Supports Assange During Berlin Concert (PHOTO)
Bolsonaro, who's sometimes dubbed the “Tropical Trump,” is leading the polls over leftist Fernando Haddad, with some 56 percent of Brazilians expected to vote for him in Sunday's run-off, according to a recent Datafolha poll. Bolsonaro won the first round of the elections on October 7,  securing 46 percent of the vote, while Haddad received only 29 percent.

Bolsonaro's platform promotes loosening gun control, bringing back the death penalty and cracking down on urban criminality and drug trafficking, which many supporters see as a change they need to stop the “lawlessness” in Brazil.

The right-wing candidate has also pledged to eliminate corruption in the country to “make Brazil great” in a Facebook live broadcast, which is one of the many reasons people suggest he’s been inspired by Trump.