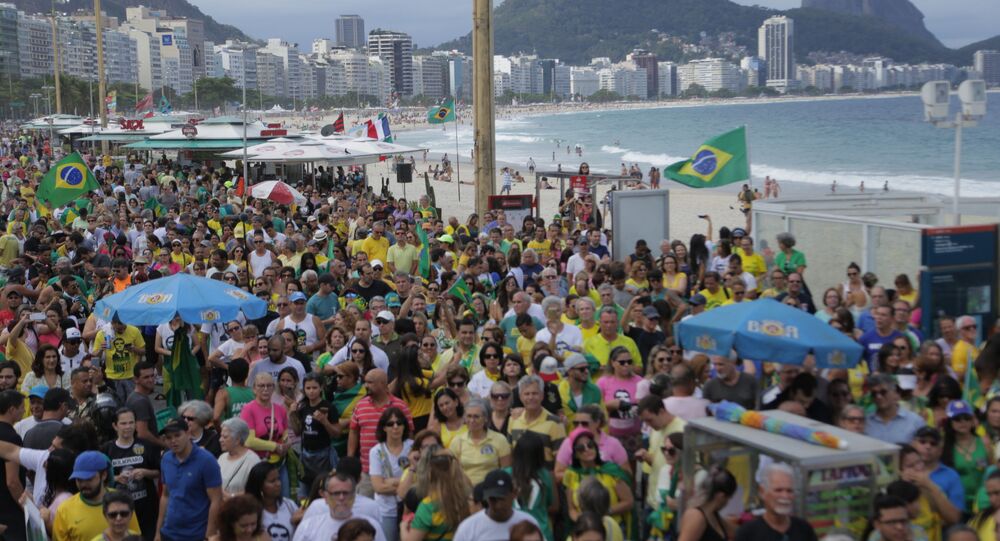 MOSCOW (Sputnik) - Brazilians will go to the polls on October 28 to cast ballots in a presidential run-off that will pit a right-wing former paratrooper against a Worker's Party candidate.

Jair Bolsonaro, who has been dubbed the "Tropical Trump" by the media, has a wide lead over leftist Fernando Haddad, with 56 percent of voters expected to back him against 44 percent favoring his rival, according to a Datafolha poll.

Bolsonaro fell 4 percent short of an outright victory in the first round on October 7, securing 46 percent of votes. He was trailed by Haddad, a former mayor of Sao Paulo, with 29.3 percent.

The right-wing candidate of the Social Liberal Party has spoken in favor of paying women less, loosening gun control and called US President Donald Trump his inspiration.

© REUTERS / Nacho Doce
Facebook Shuts Down Dozens of Alleged Pro-Bolsonaro Accounts in Brazil
On foreign policy, Bolsonaro has echoed the US president’s views, promising to move the embassy in Israel to Jerusalem and shut the Palestinian representative office in Brazil.

His leftist challenger has been campaigning for tighter gun control, more active steps to curb a rise in homicides and social security reforms. He stands for multilateralism and a bigger role for regional organizations, such as Mercosur and BRICS.