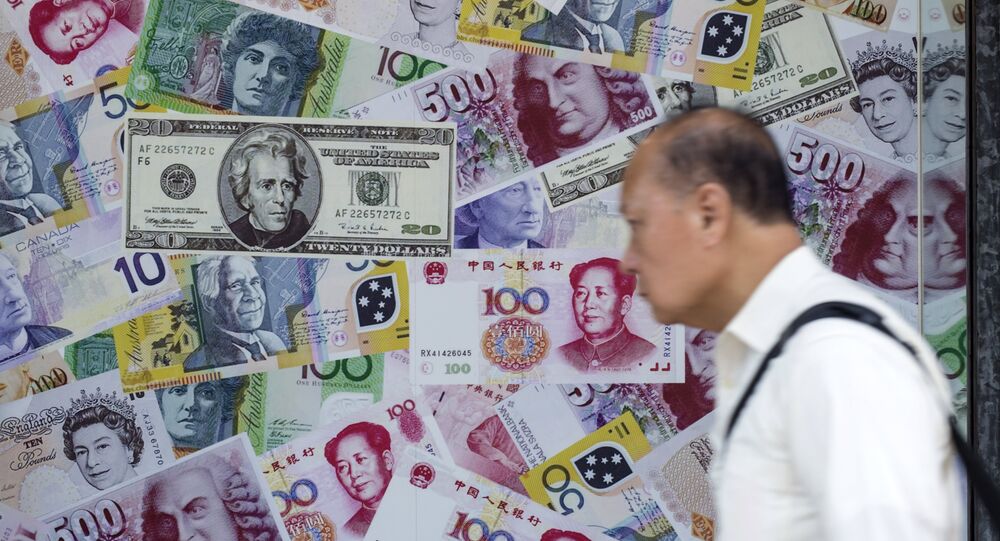 Venezuela is seeking to open bank accounts in Europe and Asia and will sell two billion euros on its Dicom foreign exchange platform between November and December to overcome US sanctions, Economy Vice President Tareck El Aissami said Tuesday.

During a press conference with Calixto Ortega, the president of the Central Bank of Venezuela on Tuesday, Economy Vice President Tareck El Aissami said that all future transactions on the exchange market would be made in euro, yuan and “other convertible currency” instead of the US dollar due to crippling economic and financial sanctions imposed on Caracas by Washington.

El Aissami denounced the recently introduced restrictions as “illegal and against international law,” adding that they “block the possibility of continuing to trade using the US dollar on the Venezuelan exchange market.”

“The illegal measures will continue to damage the national economic system, and this is why we have made these decisions,” the economy vice president said.

The news has become the subject of heated debate on social media, with some approving of the measure…

The same is happening in Iran. Euro will be the main currency for foreign trades due to unjustified sanctions especially in medicine and health care.

The U.S. Dollar is the currency of the past.

…while others claimed that such a step wouldn’t help the country’s economy to recover:

LOL. Why not Monopoly money?

This won't hurt America. But it also won't help Venezuela.

…some suggested that the Venezuelan decision might lead to an “imminent US invasion”:

They should prepare for imminent US invasion, sounds like a country with that much oil needs some freedom.

That's the quickest way to get your government overthrown. #AskGaddafi

And the next country to be invaded by the USA is?

Addressing the introduction of US sanctions during a speech to the United Nations General Assembly, Venezuela’s President Nicolas Maduro dismissed the restrictions as “economic trade persecution.”

“We have not been able to use the international currency of the US dollar. This has been economic trade persecution of Venezuela. These have been illegal sanctions imposed on us,” he said.

Washington has long been opposed to Maduro’s policies, having introduced multiple sets of sanctions against Caracas. The situation in Venezuela was further aggravated by Maduro’s win in May elections after which President Donald Trump signed an executive order to ban US companies and citizens from buying Venezuelan government debt.