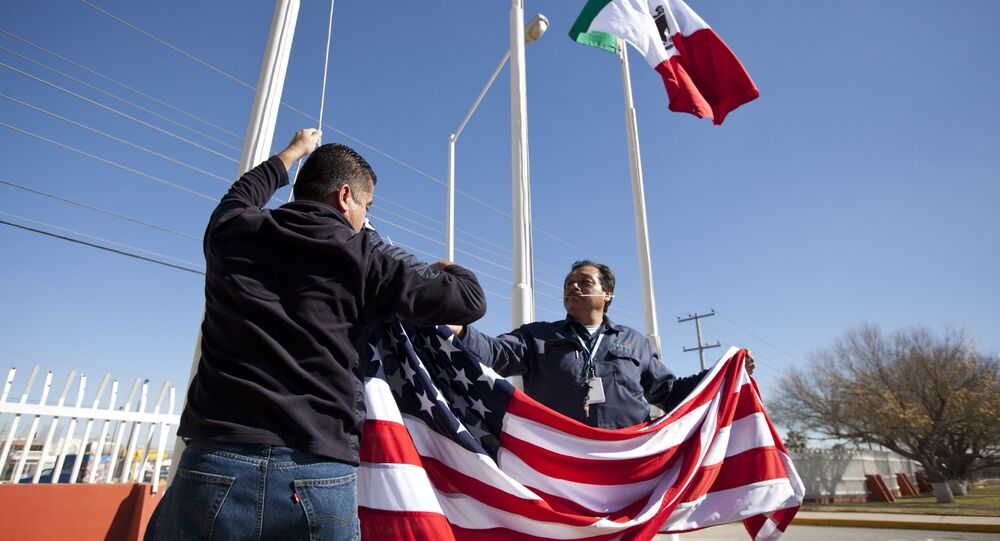 MEXICO CITY (Sputnik) - A newly negotiated trade deal between Mexico, the United States and Canada will not damage their relationship with third countries, the Mexican Foreign Ministry said in a communique.

The statement comes after Mexican Foreign Minister Luis Videgaray's talks with his Chinese counterpart Wang Yi. "Minister Videgaray said that none of the provisions of the agreement was an obstacle for independent bilateral relationship and trade of Mexico with other countries," the communique read.

The current NAFTA agreement has been in place since 1994, but Trump demanded that it be renegotiated after his election in 2016 and threatened to leave the accord if a more advantageous agreement is not negotiated by the United States, Mexico and Canada.

The new deal introduces changes to the intellectual property rights area, gives US farmers more access to Canadian and Mexican markets, and requires from the automotive producers not only to increase the usage of North American car parts, but also to use high-wage manufacturing labor, paying the employees at least $16 per hour.

US Trade Commission Probes Into Potential Impact of New Deal With Canada, Mexico