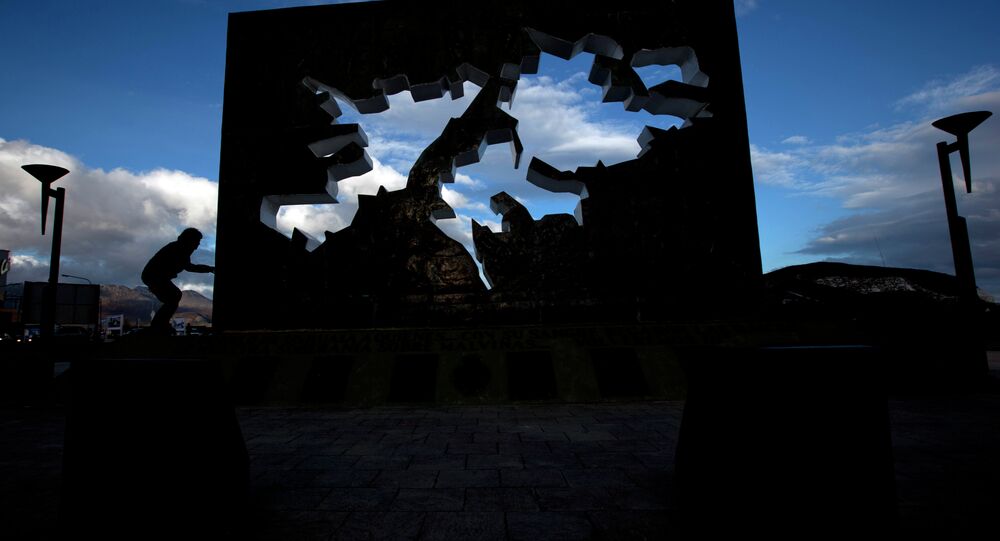 “I would like to reaffirm once again the legitimate and not time-barred sovereign rights of Argentina over the Malvinas islands, South Georgia Island and South Sandwich Islands and the surrounding maritime areas,” Macri said.

© AFP 2021 / JUAN MABROMATA
Argentina to Bring Allegations of Venezuelan Human Rights Abuses to ICC - Macri
The president, however, stressed his commitment to a “new phase” of relations with the United Kingdom based upon mutual trust and a broad positive dialogue.

The Falkland Islands, or Malvinas, as they are called in Argentina, remain the subject of a long-standing dispute between Argentina and the United Kingdom, which led to an armed conflict in 1982. In March 2013, the Falkland Islands held a referendum on the status of the territory, with 99.8 percent of local residents preferring to remain a British overseas territory.

Chronicles of the Falklands War: ‘Fresh Encounters With Ghosts of the Past’