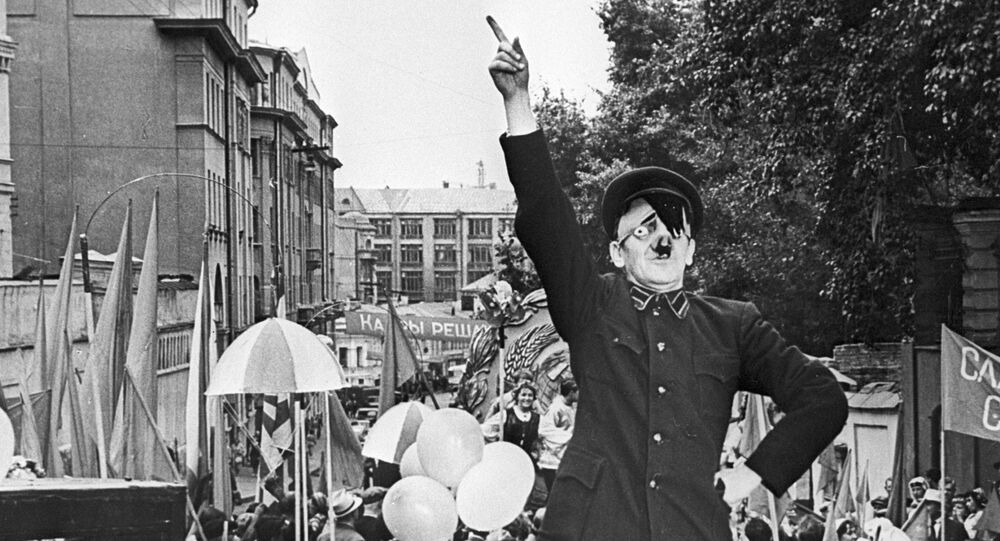 The bizarre story of a politician named Hitler facing off against a villager named Lenin has brought international attention to the small Peruvian district of Yungar.

Hitler Alba Sanchez, a local politician from the center-right 'We Are Peru' Party, had his candidacy for head of Yungar district challenged by a Yungar district villager named Lenin Vladimir Rodriguez Valverde, who pointed out that the politician, who prefers to be called 'Good Hitler', lives several hours away from the municipality he wants to govern.

Hitler was apparently enraged by Lenin's complaint to the electoral office, accusing his opponents of "using this citizen to create confusion," and joking that he and his party did not want to see a "clash between revolutionaries with whom we have no association."

After receiving national media attention, Hitler, who has already served as mayor of Yungar between 2011 and 2014, was asked by the RPP radio station about the origins of his name. "My dad gave me the name because it sounded foreign and he was unfamiliar with the history [of Hitler]," he said. Noting that he considered changing his name after reading up on 20th century history, 'Good Hitler' decided against it, since his friends, family and even voters came to recognize him as such.

Hitler emphasized that he does not sympathize with the Nazis' ideology, but admitted that he does have an affinity for German culture, including writer Johann Wolfgang von Goethe.

Lenin's demand that Hitler be removed from the running was eventually rejected, and the election will continue as normal. Hitler is looking to win over voters with slogans including 'Hitler is for the People' and 'Hitler is confidence,' among others.

© REUTERS / Guadalupe Pardo
Peruvian President Warns of Firing Entire Cabinet Over Reforms Dispute - Reports
'Good Hitler' and thousands of other political hopefuls from across Peru will head for the polls on October 7 to face off in regional and municipal elections, where some 23.4 million Peruvians will be able to vote to decide on some 12,000 government posts.

In Peru and across Latin America, names based on well-known historical figures are very popular. In neighboring Ecuador, for example, the president's name is Lenin Moreno. That country alone has over 18,000 people named Lenin, 18,700 named Stalin, and hundreds more Roosevelts, Leons and Hitlers. The historical names are also popular in India.

Hitler's mayoral run and Lenin's attempt to impede him prompted surprise and laughter on social media, with users joking this was something that could have happened "only in Peru." Others mistook Lenin's complaint to mean he was himself was running for mayor.

Only in Perú: In a current local election one of the candidates named Hitler (it is his first name). A citizen named Lenin tried to legally impede his candidacy. His appeal was rejected.

The campaign slogan of Hitler: "I am the good Hitler".https://t.co/q4aodU2iq3

Can we leave aside Brexit for a minute, I need to tell you about this BIZARRE STORY from Peru (original from @dpa_live here — https://t.co/dpxn7d9oDb, translated below).

So, Hitler & Lenin are running for Mayor in a Peruvian town, against one another. Really.

Hitler Alba Sánchez, candidate for Mayor in Yugar, Perú, is opposed by Lenin Vladimir Rodríguez Valverde. The former quoted as saying "I am the good Hitler".