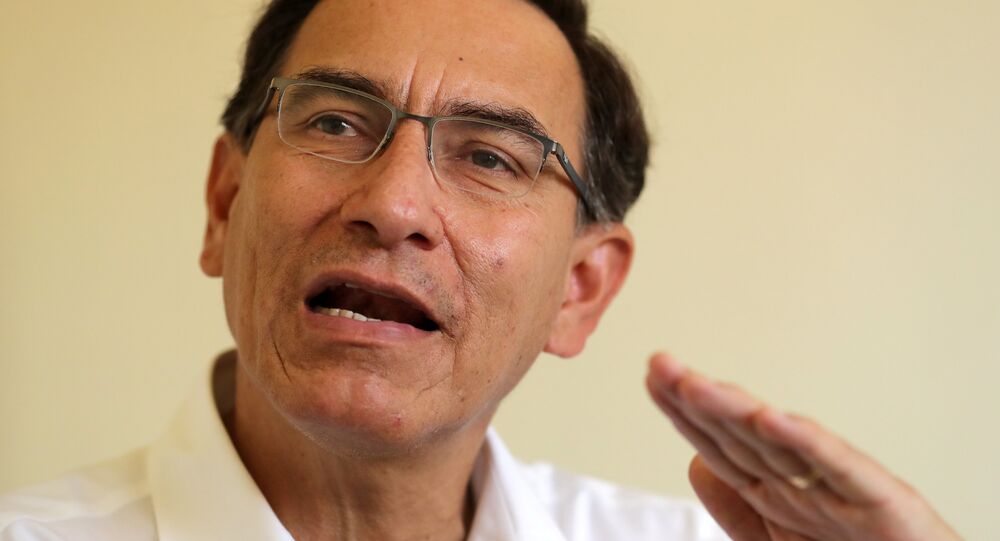 Peruvian President Martin Vizcarra warned lawmakers that if they dismiss his cabinet in the dispute over judicial and political reforms, her will invoke a constitutional procedure that will bring him a step closer to dissolving Congress, Reuters reported Monday.

© Sputnik . Magda Gibelli
Peru Declares Emergency at Border Over Venezuelan Migrants Influx - Reports
According to the country's constitution, a president has the authority to dissolve Congress and call new legislative elections if Congress twice dismisses his Cabinet. The current Congress has already dismissed one cabinet during this adminstration, under former President Pedro Pablo Kuczynski, whom Vizcarra served as vice president, Reuters reported.

A 90-day state of emergency was declared on July 18 by the judicial branch of Peru after the publication of several audio recordings sparked a scandal over judicial corruption. In particular, phone recordings allegedly revealed that sentences were tampered with in exchange for bribes.

Peruvian President Martin Vizcarra urged the country's Justice Minister, Salvador Heresi, to step down in wake of the corruption allegations. Separately, the Peruvian Supreme Court announced the resignation of Walter Rios, the president of the top court in the city of Callao, who is also involved in the graft scandal.