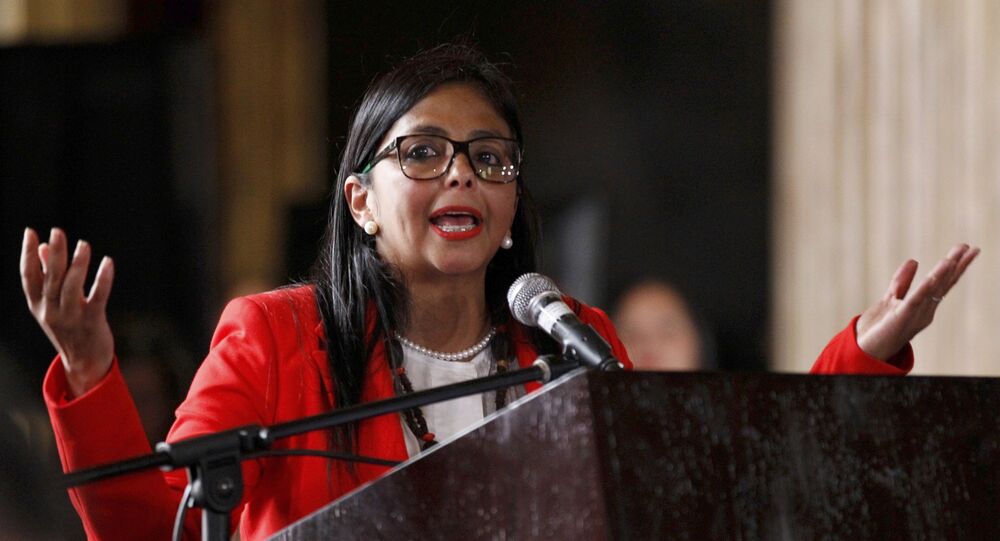 MEXICO CITY (Sputnik) - Venezuela will reach out to the United Nations in connection to the statement by Organization of American States (OAS) Secretary General Luis Almagro, who did not rule out a military intervention in the South American country, Venezuelan Vice President Delcy Rodriguez said on Saturday.

"Venezuela will refer Almagro to the United Stations and other international bodies since he has been using the OAS General Secretariat in a vulgar and grotesque manner in order to promote a military intervention in our homeland and an attack on the peace in the Latin America and the Caribbean," Rodriguez wrote on her Twitter blog.

© REUTERS / Carlos Garcia Rawlins
OAS Chief Not Ruling Out Military Invasion of Venezuela - Reports
She also believed that Almagro hoped to bring back to life the worst pretexts for a "military imperialistic invasion" of the region.

On Friday, Almagro said that the international community should give consideration to all options that would alleviate the suffering of the Venezuelan people, including a military intervention in the country.

Venezuela has been engulfed in a deep economic crisis, with hyperinflation and food shortages. Besides, the country has been facing mass protests. As result, Venezuelans are seeking asylum in other countries, with over 2 million people having left Venezuela since 2014, according to the United Nations.