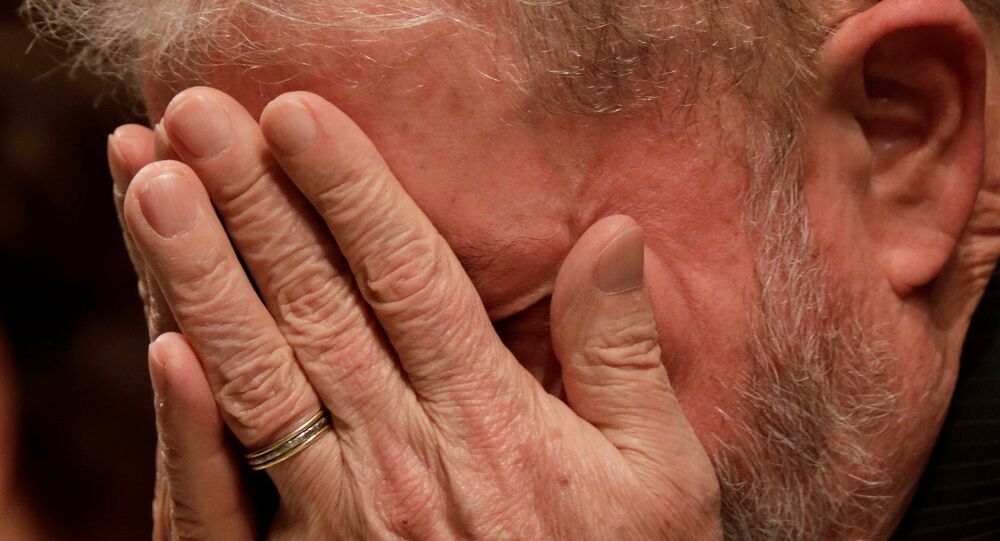 The lawyers of the jailed former Brazilian president Luiz Inacio Lula da Silva have said they would appeal the ruling by a 4-1 majority of the seven-member top electoral court to the country's Supreme Court, Reuters reported.

"We will present all appeals before the courts for the recognition of the rights of Lula provided by law and international treaties ratified by Brazil… we will defend Lula in the streets, with the people," the PT statement was quoted by AFP.

Earlier in August, the PT announced it has registered jailed ex-president Lula da Silva as its candidate in the upcoming October’s election. Papers were submitted to Brazil’s Supreme Court hours before the deadline passed.

The UN Human Rights Committee has urged Brazil to ensure that political rights of Lula were observed given that he was registered as a candidate for the upcoming presidential election. The committee also urged Brazil to refrain from hindering Lula from participating in the election until after his court appeals were completed.

However, the country’s Foreign Ministry has said that Brazilian authorities do not consider binding the UNHR recommendations regarding observance of jailed former president.

According to the recent polls, jailed ex-president Lula da Silva is one of the most popular presidential candidates, however, the new rulling of the Brazil's electoral court questions Lula's run in the presidential campaign.

Lula da Silva's supporters remain, however, optimistic. The PT has launched an appeal for support on Twitter, after which a hashtag translating as "Lula on the ballot box" quickly began trending, AFP reported.