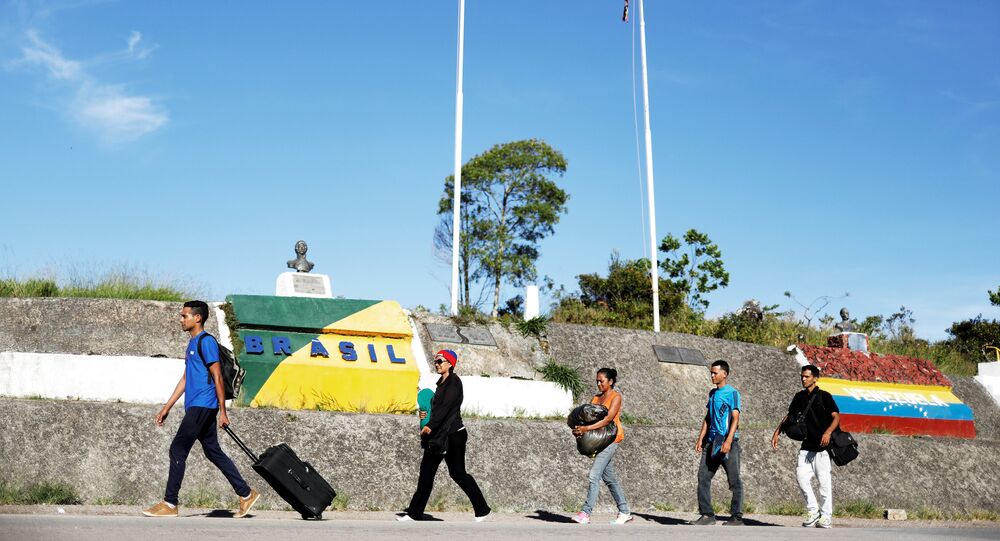 RIO DE JANEIRO (Sputnik) - Brazilian President Michel Temer ordered on Wednesday to deploy forces to the northernmost state of Roraima, located on border with Venezuela, due to the large influx of migrants from the crisis-torn country.

On Tuesday, the Peruvian authorities reportedly declared a 60-day state of emergency in the areas located at the country's border with Ecuador over the increased threat to public health amid an influx of Venezuelan migrants.

“Today I authorized the use of the armed forces to ensure law and order in the state of Roraima… to ensure the safety of Brazilian citizens and the Venezuelan migrants, who fled their country in search of refuge in Brazil,” Temer said a televised address.

Venezuela has been struggling with political and economic crises, including a shortage of goods, galloping inflation and a fall in government revenues caused by a decline in oil prices and US sanctions after Washington blocked its investors from buying Venezuelan debt. As a result, many Venezuelans have been seeking asylum in other countries.

© REUTERS / Miraflores Palace
Maduro Adopts Plan Allowing Venezuelans Save in Petro Cryptocurrency and Gold
In May, the International Organization for Migration (IOM) reported that the flow of migrants from crisis-torn Venezuela increased more than 10-fold, to 900,000 in 2017 from 89,000 in 2015. The total number of Venezuelans who seek asylum around the world increased to 1.5 million from 700,000 during this period.

Last week, Venezuelan government announced introduction of a new currency, sovereign bolivar, to replace the old one devalued as a result of hyperinflation. There are two currencies in Venezuela — bolivar and oil-backed digital currency petro. At the same time, old money also remain in circulation until they are phased out. The new bolivar is tied to petro, and the central bank will begin to publish the official rates an a daily basis. Venezuelan President Nicolas Maduro has also announced a 60-fold increase of the minimum wage, which now amounts to 1,800 denominated bolivars, or half the cost of one petro.

However, according to the forecasts of the International Monetary Fund (IMF), the inflation in Venezuela may reach 1 million percent by the end of 2018.