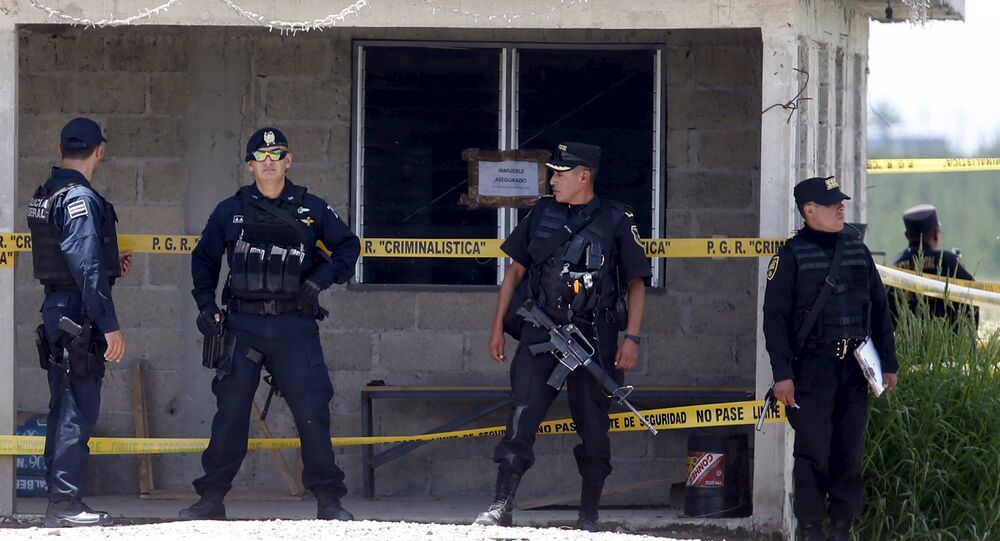 Within recent several years Mexico faced a wave of violence caused by clashes between drug cartels struggling for control over the transit of cocaine to the United States.

© AFP 2020 / Pedro PARDO
Clashes Between Rival Criminal Gangs in Mexico Leaves Seven People Dead
On Wednesday, the US Drug Enforcement Agency (DEA) announced the creation of the special US-Mexico joint team that will be based in Chicago to investigate and target drug lords and cartel financing.

Over the past months, Mexico has also seen a number of cases of attacks on local mayors and politicians. In one of the recent cases earlier in July, two politicians from the young Morena party founded by Mexico’s leftist president-elect were killed were shot dead.