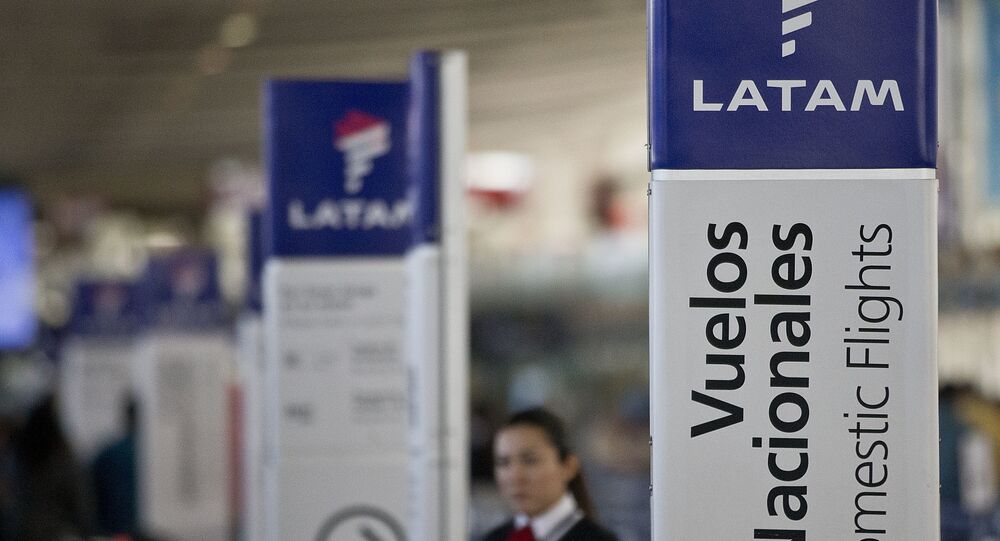 "Today we received 11 threats, of which two were rejected as fake and nine were acted on," Chilean civil aviation authority DGAC Director Víctor Villalobos said at a press conference.

© AFP 2021 / Roslan RAHMAN
Singapore Airlines Flight Returns to Singapore, Passengers Disembarked After Bomb Threat
The bomb threats appear to be false at this time. Three of the planes have been inspected by authorities with no bombs found and the fourth in undergoing inspection at Santiago's Arturo Benitez international airport.

The threats were made through an anonymous phone call to the office of the DGAC; Chilean media reported later in the evening that at least 11 false bomb threats to commercial flights had been made.

"The people are being put on other flights and we are going to be open to receive information," Major Diego Rojas, spokesman for the Chilean police, said according to T13.

Sputnik reported the emergency landing of Latam flight 2369 earlier Thursday, noting "Today at 12:48, the Radar Control Center of Peru received a call from its counterparts in Chile, saying they had received a bomb threat concerning Latam Flight LA 2369," Peru's Transportation Ministry said in a statement.

There doesn't yet appear to be any injuries or actual bombs discovered on the flights.

"The ministry said the crew had decided to divert the plane to the small Peruvian port city of Pisco," Sputnik News reported. "The flight landed at 13:54."

One of the four planes was travelling from Chile to Mendoza, Argentina, was forced to make an emergency landing in Rosario. According to journalist Juan Pedro Aleart, the aircraft was inspected by authorities and everything was determined to be OK.

The news follows an emergency landing of another plane in Chile on Wednesday. The investigation was also conducted at Santiago's Arturo Benitez airport.

The calls grounded domestic flights in Chile, as well as those flying to Peru and Argentina, and at least two returning flights. The planes were diverted for security checks and passengers were evacuated.

Earlier on Thursday, a German flight made an emergency landing over Greece, Sputnik News reported.