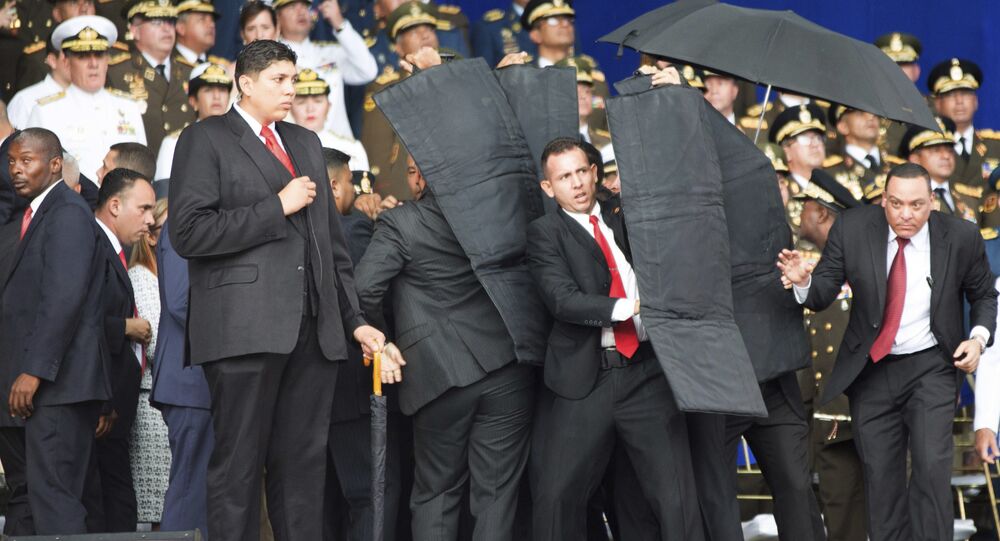 MEXICO CITY (Sputnik) - The Venezuelan Supreme Court greenlighted on Wednesday the detention of opposition leader Julio Borges who had been accused of an assassination attempt against the country's President Nicolas Maduro.

On August 4, a military parade in Caracas attended by Maduro was interrupted by what the authorities said was an attempt on the life of the president. Venezuela’s Information Minister Jorge Rodriguez has said several drones detonated close to where the president was giving a speech. The president was unharmed, but seven soldiers sustained injuries.

Earlier, Nicolas Maduro accused Julio Borges of being linked to an alleged attempt to assassinate him, saying that "some evidence" points at the opposition leader. Maduro also said that he would ask extradition of all those linked to the attack residing abroad.

READ MORE: Who Was Behind the Assassination Attempt of Nicolas Maduro?

Meanwhile, Venezuela's National Constituent Assembly head Diosdado Cabello said that the assembly plans to consider the question of lifting of parliamentary immunity for opposition lawmakers who could be linked to the assassination attempt.

Maduro Survives Attack & Blames the US; Dems Try and Regroup as Alt-Right Unites