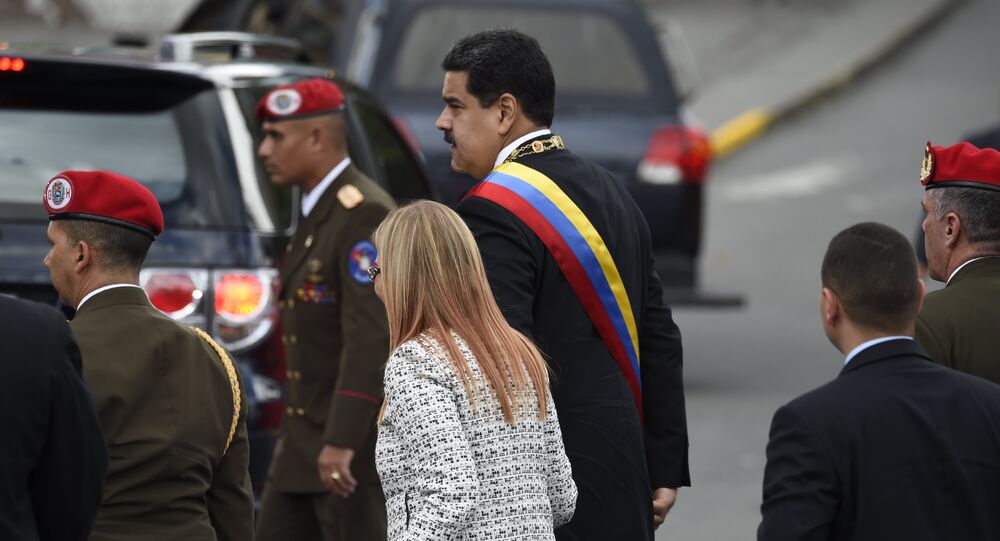 “The operation consisted of the flight of two drones loaded with C-4 explosive to the presidential tribune. Snipers of the Guard of Honor shot down the drones before they arrived at the target. They [the drones] are vulnerable.  it did not work out now, but it's a matter of time,” the group wrote on Twitter.

© AP Photo / Xinhua
WATCH: The Moment of Attempted Assassination of Venezuela’s Maduro Up Close
Earlier in the day, Maduro said that he was attacked by several drones loaded with explosives during his address at a public event in Caracas.

The president and the officials, who were present at the demonstration, were unhurt in the incident. However, a total of seven servicemen were injured in the attack, according to Venezuelan Information Minister Jorge Rodriguez.

The Flannel Soldiers movement was reportedly created in 2014 and has ties with Venezuelan former law enforcement officer Oscar Perez, who led a helicopter attack on governmental buildings in Caracas in June, 2017. Perez was killed by the Venezuelan security forces in January.

On June 28, 2017 a group of security officers headed by Perez hijacked a helicopter and assailed the Venezuelan Supreme Court in Caracas, opening fire and dropping several hand grenades, and also attacking the nearby Justice Ministry. After declaring the start of their fight against the government, the attackers disappeared.

Caracas labeled the attack as an act of terror.